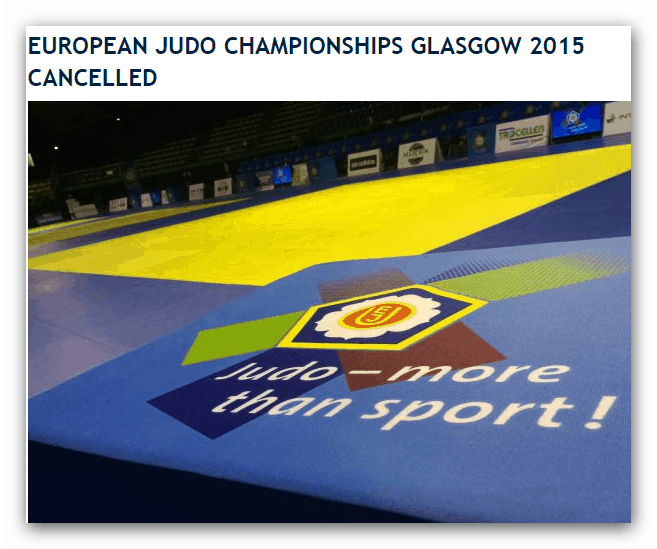 There has been a lot of negativity in the press and world at large about Judo. The recent decision by the European Judo Union to take the European Judo championship out of Britain over a sponsor ship issue caused both floods of support for the decision and outrage at what occurred. However at some point the dust settles and one thing is clear, we need to get back to the task at hand which is growing Judo in Britain, and in this post and am going to explain just how to do it!

Like it or not Judo is not anywhere nearly as big as it should be, especially here in the UK. but why?

Over the years I have heard every excuse going, from ‘people just don’t like it’, ‘its because of the use of Japanese language’, ‘people like punching and kicking’ (the Gracie s proved otherwise), ‘its too expensive’, ‘its too cheap’………the list could go on and on.

However there is absolutely no reason why Judo cannot be as big as any other sport in the UK.

According to Sport England:

“The number of people in England who regularly take part in sport is rising.

Now current Judo participation in Britain is estimated to be around 26,000 members (my estimate based of a few figures). if we are to look at the recent surveys done by Sport England we can see that Judo has had ‘no change’ in active members however that isnt a good thing.

With the increase in overall sport activity increasing we need to catch some of that traffic and this is how you do it. Ready

This is the very basic recipe for success that exists for all business, I use the term traffic broadly because it basically means ‘interested people’ and that can take the form of website visits, phone enquires or even simply reading a leaflet.

The next part of the process of course is key- Conversion. After all you can have all the traffic in the world but unless you can convert them into customers then it wont make any different to your business/ sport. Once converted you will see your membership grow, profits grow and opportunities grow.

Judo needs to be focused on one thing, Growth!

The major slap in the face for Judo is that boxing has grown to around 145,100 weekly users and so has Taekwondo with 29,100. All these figures are for the ages 16+

This of course really is more of a power slap in the face for Judo because it blows every excuse out of the water as Taekwondo is an Eastern Martial Art.

OK, so enough about the bad, how do we grow?

5 areas of business need to be focused on to grow Judo and this comes from data that shows the core motivating factors for taking up Judo.

The fifth area of change needs to be communication!

The sad part of all this is that the road map for things is pretty much already laid out, you just have to borrow the best things others are doing and then make them unique to British Judo.

If we were to look at boxing for example we see a sport that has grown a lot. We now see Boxercise, White collar, tournaments, team events, Club shows, University programmes and many more.

However Judo needs to follow this route, its thought about it but never has really done this.

Now many people will have their own opinions about what Judo Self Defence should be and I am not going to argue this here, I would just say look at what’s out there and doing well to give an indication. However the self defence strategy is more complex that just putting a self defence programme together it acts as a conversion tool.

Data shows ghat there are 8.2 million pupils in 24,372 schools in England. This is what I refer to as ‘easy pickings’

Imagine that in each of those schools you had just 20 more children doing Judo. The effect this can cause is:

Just doing this sees a huge amount of increase, but the trick is what you sell. Judo for Judo’s sake is not right, you need to use the various elements of Judo as a separate product to drive more customers into full judo. It works like this: 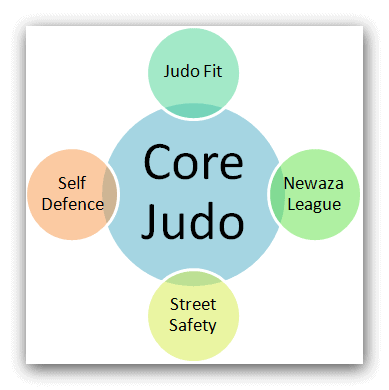 The basic idea is that these areas all offer something that provides an aspect of Judo to increase funds for the main association and then also acts as a lead generation tool for Judo.

In the form of street safety, a programme I devised a long time ago (but have never sold or taught it) the idea is to bring martial arts and self defence together to build respect among children of all ages. The idea is based around respect. However if you look at what the Gracie family have done with their anti bullying programme you get the basic premise.

It doesnt matter what you think about these programmes just think of the scope.

I am going to focus on these things together because its a key part of growth. At this time we know that the fitness industry is huge, any idiot can seen this and its growth is estimated in report to be worth a huge £3.92 billion (2013 figures) According to this site we can see the following:

So why didnt Judofit take off? The simple answer is marketing.

Judo has the fittest athletes in the world and now thanks to Neil Adams we have huge opportunities with the equipment he has created that offer the potential to take Judo exercises to the general public. Take a look at his battle belts for an example and his uchikomi bands.

By creating a programme based on fitness that is branded for Judo we see an opportunity to grow Judo revenue and also increase revenue for clubs by holding sessions at Judo clubs and also by running them at leisure centres. You could even sell courses to non Judoka because at the end of the day its one big advert for Judo!

After all who wouldn’t want to stake part in an exercise programme designed to increase fitness to the levels of Olympic Athletes!! Cross-fit move over, enter Judo-Fit.

My post about the Judo Newaza League or JNL as I call it was a huge success and resonated with so many. BJJ is great but I find Judo Newaza far more fast paced, and the lack of leg locks and use of Pins really changes the groundwork game.

The idea for the Newaza league was to provide a focus point for groundwork fans and centred around some key facts:

If Judo has say 26,000 members and only 50% of them opt in to this you are talking about an additional £65,000 income. More than enough to pay the people involved and for set up etc.

However more importantly you actually stop or slow down any desire that Judoka have to leave Judo for BJJ. It also offers an opportunity for older Judoka with injuries to stay in the sport and excel on a competitive basis. This again means more income for Judo and increased retention.

Kosen Judo has been around for a long time and this project really embraces this. It also offers the older kyu grade Judoka a chance to embrace the sport. Yes they might not want to get thrown a lot but this offers them an alternative.

Im not going to go over this as its all pretty obvious but Judo creates great friends and a truck load of respect. It has a huge social aspect because it is the only sport where International athletes train together and barriers of race and religion are totally dissolved and everyone is seen as Judoka, everyone is human.

I see no other combat sport on the planet where this level of mutual respect is achieved, check it out below:

This is a huge advertisement for Judo, where different nationalities can train and compete in a combat sport that is not destructive and brings people together. This is the way forward.

I have saved the most important aspect for last because how we communicate the above to people is perhaps the make or break of this. Judo wont sell itself and you have to be clear on the benefits of Judo. People buy benefits!

There needs to be increased presence on Youtube because we know that from youtube own data the following is seen:

78% say that when they find a brand they like they stick with them!

I cant underestimate just how important that You Tube is to growing Judo but then so is email marketing. The science of sending the right emails to the right people at the best time is far beyond the scope of this post.

I could go on about communication but I think you get the point!

The last hidden element I will talk about is business systems. Judo needs to grow and to do this both financial stability needs to be obtained. This isnt done by ‘mat fees’. It isnt done by people giving up their spare time.

It is achieved by a far more professional outlook and programme. However again this is a  very complicated subject.

So after 1800 words I think I have made a point. Its time to forget about the loss of the Euro’s and concentrate on Judo Growth. What do you think of these ideas? Any good?Let me know by commenting below

One thing is certain. Judo wont grow itself and by starting a lot of solid data driven campaigns we will see Judo grow.