Why Systema Is One of the Best Forms of Self Defence 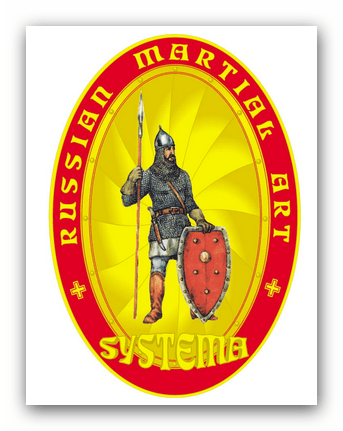 Video killed the radio star and it also kills the martial art. That’s the main thing I want you to take home with you from this post is that martial arts videos ‘suck’ on Youtube unless you do them right! And trust me there is a right way and a wrong way to do them.

Systema is Russian system of self defence and it has grown a great reputation for a few different reasons but among them is that the people behind the art are ex special forces/ military and have backgrounds in a lot of martial arts.

Now before I go on I have to say I agree, most of the systema videos out there look like a combination of a weird ‘blokes club’ which combines a lot of rolling around and falling on the floor whist wearing a range of clothes that should be only worn on a paintball range. That being said I have a phrase that I say a lot that applies to this situation :

“LOOK BEYOND THE VIDEO”

This is the hardest thing for most martial artists to do, but bare with me. What I want people to do is look and try and not see a training drill, or a technique that will work in a street fight, instead see a drill that the sole purpose of is the develop a skill set, a skill set you can draw upon should you find yourself in a bad situation.

To help this process Ive included the videos below but before watching this I want you to be aware of a few things:

You will notice systema students falling down a lot! In many ways it looks like some form of drunken Yoga and yes when I saw it I too thought it looked stupid. That is until someone tried to explain it to me. Firstly it seems that Systema has many similarities to Aikido (yet another art that gets a bashing) and there is little resisting and that means the training partner does not resist the technique. This is a principle that we see in all aspects of martial arts otherwise you would never get anything done.

Judo has randori but to learn to throw you need a good partner who lets you throw him. In BJJ and any other art you have the same, in boxing you have a good old fashioned punch bag and pads but the process remains the same. This full force, full resistance training only works so much. Even pro boxers rarely spar full power.

To point this out I have some video footage from a Rory Miller seminar. If you didnt know Rory is considered one of the greatest minds in self defence and is a published author.  Look at the people training, now it doesnt look very different from what you see in systema does it?

In training you can’t resist all the time and it seems this is also agreed on in the world of Systema. In addition this lack of resistance or going with the energy of an attacker is actually a fundamental part of many arts, it is yielding to power and adding your own direction and power to it. This is of course a powerful principle and is something I both agree with and adhere to. If we look at the video below we see this principle in a graceful and stunning Aikido demonstration.

This really is a stunning demonstration. But lets get back to Systema, once we scrape the surface we see an art that cares less about what it looks like in training and more about how it performs in reality. It doesnt have the same grace as Aikido because its goals are quite different. Aikido is largely based on attacks used in  an era where the sword was carried. Systema works in the modern day arena.

Now lets also address the striking in systema. It looks strange and loose because it is, it targets the shoulders and the limbs (err hold on dont other arts do this too?) and it forces you to strike in a relaxed fashion. This is of course the key to huge power in striking. Now lets finish this off with a selection of 3 videos from the Korean Systema Team who are really showcasing what Systema is all about. The first video shows the flowing strikes of systema and the the second shows the power!

OK now that was pretty impressive but this next one will show you some serious power!

Ouch that is serious power, and finally the video that has the world looking at it!

Now I am sure you will agree that the last few videos look pretty impressive. My point is that here you have a system that combines elements form a lot of martial arts but because the youtube videos dont always look great people are being turned off from a  martial art that is actually very effective.

My goal of writing this post was to try and get you to see another side of Systema because I too was once a very big criticiser of the art of Systema for the same reasons you are, however once you look past the camo trousers and what seems like weird ‘falling over’ you see something far more powerful and it often takes videos like the Korean Guy has made to show you that something is in this ‘systema business’. I personally will be trying it one day as I truly believe it is effective.

That being said there are a few things I dislike, mostly that the hands are always far too low! That is for me a no no even when training and I understand people who don’t like this as its my biggest turn off for trying systema. The other aspect is that it doesnt seem like a work out and that is an issue I have as I like to combine my martial arts with a workout, but that me just guessing from the videos that the physical aspect isnt as focused as say Judo and Karate.

So if you have s system that is about movement, energy, power and technique. Developed by experts you have to say it could easily be one of the best martial arts for self defence. I dont know for sure but if you look past the videos and see the uses of the technique you can soon see it has  a lot to offer.