The Best Self-Defence And Martial Arts Technique Ever Invented

In this article, I will be teaching you the best self-defence technique ever created.

It is simple, you all can learn it easily, and I assure you that it works!

But first, let me explain how I discovered the technique and how it saved me from losing my sight in one eye.

The Night That Changed Everything

As an ex-policeman, I have seen a lot of terrible things and had many people try and hurt me.

But one night stands out for me as a night where I learned the best-kept secret in self-defence.

I was on duty and inside the station one Saturday night when I heard a disturbance outside and being the naturally nosy person I am I looked.

A man had just rammed a car outside in the street, and I ran down the stairs to see what was going on.

I got outside, and a man begged for help, and I turned to see a huge man attack me.

I was about 21 years of age; I had been boxing since I was 11, a police officer for three years and had trained in Judo, submission wrestling and Vale Tudo.

He came at me like I had just stolen his wallet.

I took him down but it was not easy, my knee smashed on the concrete as I landed.

I was on top, I scrambled and started to apply a hold.

He punched me in the nose, and I felt my nose break

He grabbed my face, and at that moment I remembered I was still wearing my glasses.

He crushed them with his huge hand, and at that point, I felt the sharp metal arm of the glasses which he had broken off enter my skin.

It was just beneath my eye, a centimetre up and he would have plunged it into the soft tissue of my eyeball.

I grabbed the arm and locked it up, and with a few strikes, I ended the incident as he drifted into unconsciousness.

But what was the technique that saved me?

Was it the takedown, the hold down, the arm lock or the strikes.

It was none of these.

The Best Self Defence Technique Ever Is….

When I had mopped up my blood and his I had time to think.

What was the technique that saved me?

It was simple; COMMITMENT.

In self- defence and Martial Arts we are always looking for the next shiny object technique, the next ‘game changer’.

I survived that night, not by luck; I survived because I had committed years to my Martial Arts training and it delivered when I needed it most.

I had committed to hard training.

I had committed to quality training.

I had committed to dragging my ass to training when I wanted to stay at home and watch TV.

I had committed to the hard path, the path of transformation.

The number one self-defence technique is not a punch, a kick or a takedown.

It is a quality that few possess. 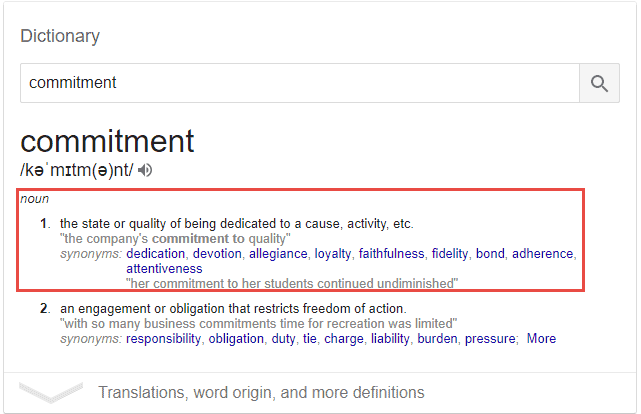 The real skill in self-defence is earned.

You can only become skilled through hard work, through graft, through sweat.

There lies the greatest lesson of Martial Arts; dedication.

How do you become great at Martial Arts?

You become great at Self-Defence by showing up to training.

Now here is the thing, it is OK not to be able to look after yourself, it is OK to rely on others to protect yourself and your family.

That is your choice.

But when you go home and see the kids,  when you look into the eyes of your partner and make your decision to ‘miss training’ just remember that it is those same people that rely on you to protect them.

You become better at self-defence by showing up.

By putting the work in.

By doing the very thing that others avoid.

You chose Martial Arts; you chose to learn self-defence. You could have gone to Cross-Fit, but instead, you took the path that few can tread.

This path is long, it is difficult, and it is demanding.

The only technique that will get you to your destination is commitment.