Between Rounds: Fact vs Opinion 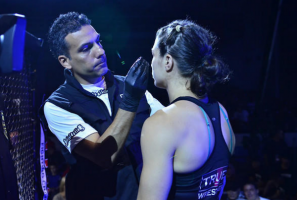 Opinions are everywhere, and we are all entitled to them. Favorite burger, preferred MMA, fighting style, the topics are many. Those discussions can be fun given there is no empirical right answer. It’s a flexible conversation when no appropriate criteria exists that judgement can be based upon to create a consistent, factual conclusion. With some subjects it becomes just a popularity contest or a discussion based on emotion. However there are many topics in the world, and in MMA, that aren’t decided by opinion when facts are evident that eliminate the need for debate.

Which promotion in the world has the best and deepest group of male talent? No confusion. Best NBA basketball player in history based on talent and championships? No argument. Are mobile homes or brick houses more stable in a tornado? Ask the three little pigs.

Such topics don’t usually result in anger, hurt feelings, resentment, or personal attacks. Yet commonly when I see arbitrary commentary about the cutmen in the MMA industry, those reactions tend to rise to the surface if every name suggested isn’t considered “great” or “the best”. Fact is, it’s not T-ball where everyone gets the participation ribbon. Many out there are far below the level of quality that is safe for the fighter or good for the sport. A few out there are above what I consider the minimum standard but still lack the basic criteria to be considered the best. The biggest travesty is that those making the decisions on who to hire have a minimal idea of how to consider someone’s skills of appropriate quality, even if they took the time to notice. In the same way, one major visible organization doesn’t even make any reasonable consideration of best talent available, the selection group is based instead upon whom they have a friendship.

I have ruffled feathers three times in the last couple months when I stood upon facts and rebutted against claims that some cutman was good, great, or ”the best”. My hope is the industry and those involved will consider any or all of these criteria to let the obvious candidates rise to consideration: formal education and training, accredited medical credentials, volume and frequency of promotions/shows worked per year, number of high level promotions affiliated, and finally of course, performed skill. I’m sure nobody can debate the criteria  used and the need for inclusion of every aspect of it. Anyone that would run from the first two mentioned would be trying to avoid them and ignore the undeniable reality that medical treatment is given to patients (fighters) in the industry. If those two formal criteria aren’t included, then I fear how people would consider selecting a surgeon to do a procedure on them.

If someone isn’t the best or doesn’t quite have all the skills they should, don’t be offended, we all have areas we can improve and grow. Please don’t follow the crowd, please don’t blindly put your trust in someone that may not be able to give the best to the fighter. Your fighter, your promotion, your fans, and your sport will all be affected.

In his column “Between Rounds” MMA cutman David Maldonado shares with readers his experiences and thoughts from inside the world of MMA. Readers are encouraged to respond, interact and ask questions about the life and work of the MMA cutman. “Between Rounds” is part of ProMMAnow.com‘s ongoing series of exclusive content written by individuals involved in the mixed martial arts industry.