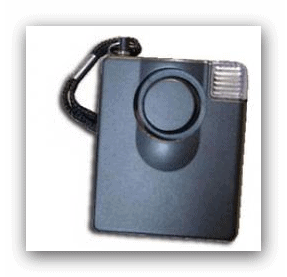 When I first started this site I got some grief from people because of its title. So many people got annoyed about the fact I had started a blog and dared to have opinions on martial arts, even worse people were angry that the site was called The Self Defence Expert.com

The comments came from martial arts instructors who believed they were self defence experts too and there was some sort of unwritten rule which I had breached. Despite this critique I carried on and 250,000 visits later and 40,000 + facebook shares the site is still here. We have been copied often and just lately I am seeing more and more people try and replicate the success I have had with this site.

One of the core issues is that people seem to think that being a martial artist automatically makes you a self defence expert or even worse they belive they are experts after reading some personal safety books. So far I have seen blogs and even ‘charities’ being set up calling themselves personal safety and self defence experts.  At the core of this is a simple goal, for them its all about making money.

How do I know this? Well because you don’t need to have an app, a website or even a huge fundraising event to teach self defence and start making a difference to the lives of people. You actually need to go out and start offering personal safety advice! I taught self defence for years without the use of a website, an app or anything other than word of mouth!

I so often see articles on ‘awareness’ and people pretty much churn out the things they have read in books and blogs.  Its ok and I get that but there are a lot of people who really do think they have all the knowledge and answers around martial arts and self defence. They dont and neither do I!

We all have different levels of knowledge and I learn all the time and from everyone! I never stop learning and I adapt my knowledge and opinions based on new data all the time. Sadly not everyone in martial arts is actually that flexible and so many are fixed in their views an opinions.

One of the ways I often try and get people to break down this ego cycle is to ask questions and although Im not teaching any more due to ill health I taught self defence for a long time and very often this was to people with a lot of experience in martial arts, often instructors and a lot with their own schools.

When I encounter someone who has this ego it usually proceeds by them telling me all about personal safety and self defence. Often it is lead by talks about their years of experience and titles they have won. This is ‘chest’ puffing at its best.

So after a few minutes I ask them this question.

“Do you sell personal attack alarms in your school?”

Trust me they stop in their tracks! Some start to stutter and most say no. However occasionally they say:

If I feel like I need to, I ask them things like ” oh great where do you get them and how much do you sell them for?”

As you can imagine I see them offer far less opinions after that point because so often they dont have the answer because they dont actually sell them.

For the ones that do say directly they dont sell them I ask them why not? I get a wealth of reasons including things like:

“I train them so they dont need them”

“They dont need to have them they promote fear”

Now if I am feeling devilish I usually then go on to ask, oh what about selling them to parents or for the families of students. I get a blank look.

My point is that none of us have all the answers on self protection or martial arts but often we cant see the wood for the trees.

Personal attack alarms are fantastic methods to promote you school and I suggest that you go out and get ones that have your school name and logo on them. They are great talking points and whenever people see them they ask “whats that?”

So here are the top 5 things I would do right now if I ran a martial arts school.

Personal attack alarms work, its simple. THEY DRAW ATTENTION TO YOU AND YOUR SITUATION!!!!

In basic terms they are a huge shout for help and even if you dont think people are listening to them they are. I know I look out of my window when I hear an alarm and so do many people. But attackers dont like noise or attention and for this reason they are a low cost method or technique that you can teach that requires zero skill!

So do you sell personal attack alarms at your martial arts club or do you sell them at your self defence classes or courses? If not why not?

I have sold a lot in the past! And no matter what you think about them they get the person who has them thinking about their own personal safety every time they look in their handbag or at their keys ( you can get ones with a keyring attached)

So here is my challenge, go out and get some personal attack alarms and let me know who you get on selling them and adding them to your school curriculum.