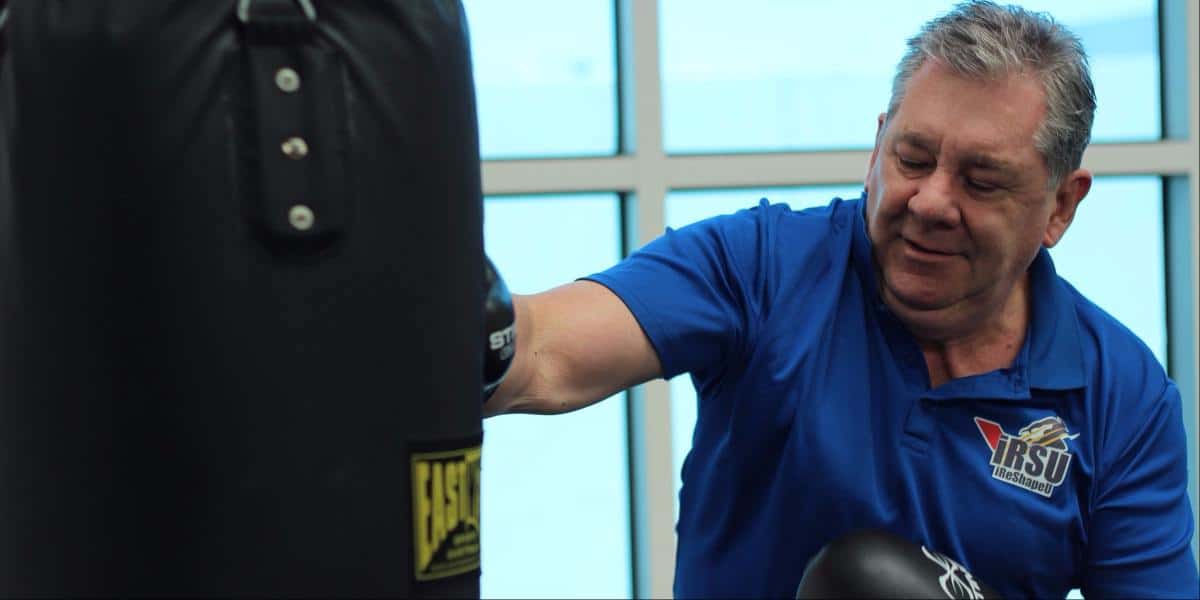 You go online, and you read the comments.

You see their profile pictures, and you think to yourself ‘are they actually any good?’

The truth is that you will never know, the only way to tell is if they fight, and let’s face it when was the last time you ever saw a keyboard warrior post footage of their fights or even training?

And there lies the problem with fake martial arts and self-defence instructors.

They sell their services based on the promise that what they teach works and they are the first example of its use.

One of the key ways you can identify if a person can fight is if they can hit hard.

Yes, that is right, the ability to hit hard.

In this post, we are going to look at the art of hitting hard and why it matters if you can’t.

The Art Of Punching

‘I hit the pads with power; my training partner told me I do.’

Imagine your training partner that holds the pads tells you each week ‘you are hitting hard’.

It fills you with that smug feeling that ‘you da man’ (or woman).

This is all great until that night when you stand there, and the attacker walks through your punches as if he was walking through a bit of snow.

It might cause him to move a bit slower, but he is still walking forward and coming for you like the Night King moving towards the wall (Game Of Thrones fans will get that).

So while your training partner may be a great guy, listening to his feedback is utterly pointless.

The only person you need to listen to is your coach.

And this is the fundamental issue if they can’t punch their way out of a paper bag they are not going to be able to either know if you can hit hard or teach you if you can’t.

And yes, the ability to hit hard is a skill, it is an art form that you can learn.

Their Glass Is Over Flowing

Do you have any idea of the guts that it takes to get into the boxing ring?

I will tell you that even the simple act of going to a boxing club requires balls of serious size!

Why? Because you can’t hide in the boxing club, you can’t say ‘I don’t want to fight today’. You can’t tell your opponent in the ring ‘don’t hit me in the face’.

Roll up Martial Arts, an activity where you can learn to fight without actually doing any fighting.

Kind of takes the serious nature of fighting and parks it well out of safe distance, doesn’t it?

Now I wonder who strikes harder and learns faster? Erm, you know the answer.

So sparring is the answer or going to a boxing club?

No that is not what I am saying.

The reason crap coaches and students can’t fight is simple; it comes from either no sparring, terrible pad holders or poor advice that strokes the ego.

All of these factors play a part in a coach or a student not being able to strike with power.

Note what I said:

Now you can learn to hit hard from watching YouTube videos, a book, online training or a good coach and of course natural ability.

But if you’re learning from a poor source you are in trouble.

Now you can have a great coach but terrible pad holder which again puts you in trouble.

Sparring is not essential, but it does serve a useful purpose, it allows the coach to see if there is an issue, it allows you to work on timing, range, defence and offence all at once.

But sparring can also be a disaster.

There needs to be a point to the sparring, it needs to be carefully monitored and managed, or it can erode skills.

In contrast, the coach who shows genuine respect, intrigue, a desire to investigate how other arts strike are usually the best.

You Can’t Teach How To Hit Hard Unless You Can

If you can’t hit hard, you simply cannot teach another how to do so.

No one is saying you need to be Tyson, but hitting with power is a must.

You must be able to hit someone, so they think ‘damn that hurt’.

This is called ‘respectful power’.

But here is the thing, it takes the same size balls to admit you can’t hit hard as it does to walk into a boxing club.

And if you look in the mirror and you are unsure if you can hit hard you need to go and find out.

You need to ask questions of your system and your instructor because if you can’t hit hard what the hell are you going to do, use harsh language to scare the attacker?

Now if you are a grappler reading this we know that you have a different focus, a different game plan.

You might plan on hitting your opponent with a planet or perhaps taking them down and choking them into the land of dreams, all of which are valid tactics.

But if striking is your game, you need to be able to strike hard, strike often and strike on target.

If you can’t, you simply are going to struggle