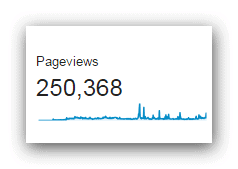 This post is actually a bit of a pat myself on the back one because I can say with absolute google analytic’s certainty that my writing has been read by 250,000 people!!!!

Its hard to believe that figure in my own mind and its been a bumpy ride. I have had a few knock backs, had a few people copy my work and along the way I have written some terrible articles.

However amongst the bad there has been some great stuff and I have had some help along the way. Dave Turton wrote some epic content for me with his articles Dojo Defence and Traditional martial arts. We had some epic interviews with the likes of Kevin O Hagan, Eddie Quinn, not to mention Andy Norman  and not forgetting our interview with world Judo champion and 2 x Olympic Silver Medallist Neil Adams.

I have met and had support from truly great martial arts experts including Anthony Pillage and overall it has been a great experience and without the support of my friend and FAST Defence Instructor Dave Stretch the site would have folded years ago.

In truth I reached the 250,000 mark a while ago because this isnt the original self defence expert site, in fact there have been a lot of modifications and I started on a wordpress.org hosted site before moving on to my own domain. However I have reached 250,000 people via google on this version of the site.

So what is the goal? To be honest that is a secret, I have so many people trying to copy what I have done I am not going to tell until the time is right but the goal is simple. To get 1 million visits, not in a few years but per month!!! That is the goal now.

This site was never meant to turn out like this and I started out writing some very poor articles, and Ive tried every trick in the book to grow the site and get traffic and I have also recovered from not 1 but 2 google updates that halved my traffic each time! I  saw one of my biggest posts go from page 1 to page 40 of google overnight! I have written articles that have gone ‘viralish’ overnight (I call 17,000 people in one week pretty viral) and last time I checked we were at around the 46,000 facebook share mark.

I’ve made a ton of mistakes along the way too. I was late in linking setting up subscriber options to email, I let a few people with negative attitudes effect me until I found a writer called James Altucher online who gets more grief from his writing than anyone else Ive read.

So this is a big thank you to all involved. We are a small blog that gets on average about 11,000 views per month and 20% of that overall 250,000 people have been returning visitors so I have a cool amount of regular readers.

At the moment I love the fact I am meeting some truly amazing people in martial arts and for those that don’t know my personal health isn’t that great right now, in fact the last few years has been a bumpy ride for my health which has made me appreciate the small things in life a lot more

Right now I can tell you that more articles are on their way which will really showcase some great martial arts people and great systems of self defence and martial arts.