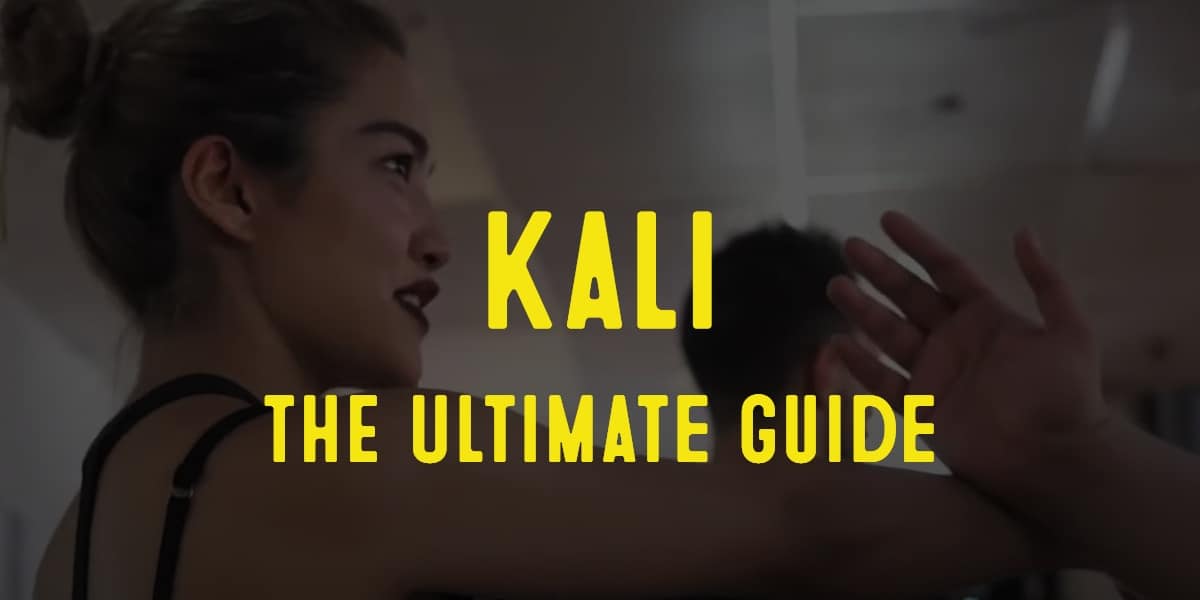 Kali is a Martial Art, that if you don't know what it is, you most certainly will have seen it.

Used in films such as the Jason Bourne series to films like The Raid.

Yes, Kali has had a massive influence on Hollywood, but what exactly is it?

In this guide, we break down Kali and let you know exactly what it is and what makes it such a great Martial Art.

Kali is an ancient martial arts form from the Philippines.

It is an effective fighting style that involves sticks, swords, knives and empty hand techniques. Also, it has been incorporated by Special Forces across the planet into their close quarter combat training.

The western world refers to Kali as Filipino Martial Arts or FMA, and other names attributed to the form are Eskrima, amongst others.

One theory says that the martial art form originated from the Hindu Goddess 'Kali'.

The Goddess is depicted as wielding a sword and is the epitome of death and destruction and has immense power.

The theory has merit as Hinduism has a far-reaching effect on the Filipino people before Islam and Christianity made their presence felt.

Nearly 25% of Filipino words have a base in Sanskrit and Tamil, which are Hindu languages.

The other theory expounds that Kali emerges from the Filipino word Kalis which means sword.

Kali is the oldest form of Filipino martial arts.

Legend says that Lapu Lapu and his army defeated Ferdinand Magellan and his Spanish army at the Mactan beach in March 1521.

So that's how old Kali is!

Some historians have recorded that Kali was used against the Spanish by the Filipinos in 1610.

Some exponents of the martial art form proceeded to call it Arnis after that.

It is an indigenous Filipino fighting style that is also named "Panandata", "Tagalogs", and "Pagkalikali" by the natives of Cagayan or the Ibanags.

The people of Pangasinan called Kali as "Palirongan".

Similarly, the Ilonoggos called it "Pagaradman", the Ilocanos called it "Didya" and the Visayans named it "Kaliradman".

Nid Anima, in his book, Filipino Martial Arts calls Kali an offence oriented sport while Arnis is more of a defence-oriented sport.

Kali has a principal purpose to maim and kill, while Arnis means to disarm.

The origin and history of the two styles stem from the same root, but the branches became different in purpose along the way.

The actual historical timeline is difficult to pin down for such an ancient martial art form as there is no written documentation available.

It is believed that native Filipinos started the various variants of Kali to defend themselves and their territory.

The various native tribes made it their own.

Some historians believe that the first form of Kali originated in India or was at the least influenced by Indian martial art forms.

The documented version of kali history is that it was practised by Filipino armies against the Spaniards in the 1500s.

The later version of Kali was effectively disguised as a dance form to escape the Spanish invaders' scrutiny.

It is said that many American Special Operation groups learnt and used Kali in their arsenal of hand to hand combat.

This helped kali reach America and become popular there.

Presently, Kali is modified in a modern version and is easier to learn than its ancient form, much to the benefit of martial art enthusiasts!

It has proven to be a tad dangerous as many died in this way. The issue was resolved when hardwood sticks came into use rather than the traditional knives to reduce fatalities.

The Difference Between Arnis, Kali and Eskrima 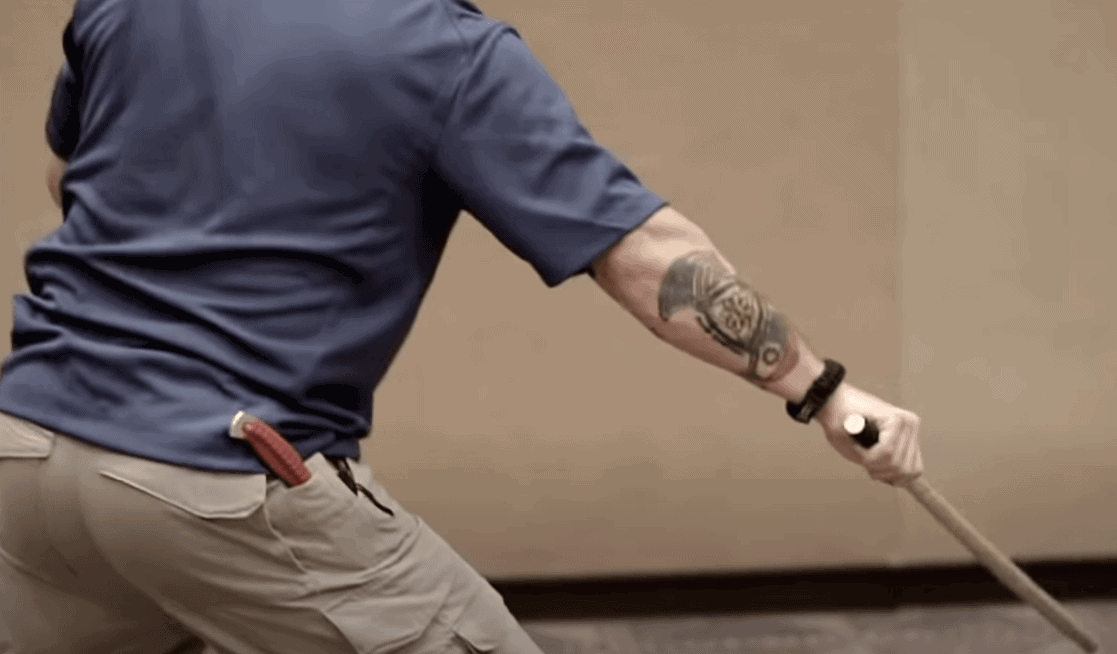 As is true with many martial art forms there are many schools in practice and the sport has many branches.

Kali, Eskrima and Arnis are similar forms of martial art, but experts find many dissimilarities between them.

The fact is that they all are a part of the Filipino Martial Arts or FMA family.

Eskrima originates from a Spanish word that means fencing. It was more prevalent in the central Philippines.

Arnis is also derived from a Spanish term, "Arnes de mano" which literally translates to "armor of the hands".

The main differences in the three forms are unique to the instructor that is teaching the martial art form.

The styles are similar in many ways, and the leaning of the teacher makes them different.

The three forms are all based on empty hand self-defence techniques; stick fighting, daggers edged weapon defensive techniques and much more.

The ultimate aim is self-defence for all three forms. All three have unique pattern sets and techniques.

The one common denominator is that they are all mesmerizing to watch and are fluid poetry in motion as well as practical self-defence art forms.

Is Kali a Good Martial Art?

Kali is a dependable martial art form to practise self-defence. It is not too difficult to learn and is available in many clubs and schools. You learn to use your hands and sticks as an extension of your body to protect yourself.

Read on to know its many benefits:

Practicing Kali is also a good way to keep a heritage martial art form alive. You can do your bit to propagate and popularize the sport.

How Long Does It Take To Learn Kali

It all boils down to how much time you devote to the sport.

You may be able to learn the basic skills in about three months.

In this period you will pick up all the twelve kinds of strikes and how to block and parry strikes. You will also be able to disarm and counter-attack.

The main learning comes with practice.

You keep getting better as you keep sparring and can learn new techniques every day.

Ultimately the art teaches you that learning is a lifetime affair, and you will need to keep at it continuously.

What Are Kali Sticks?

Kali is a martial art that is played with sticks. They are made of Indonesian Rattan.

The sticks are sold raw as well as soaked in non-toxic natural oil. They are durable and robust.

Hence, it is a safer bet to go with Indonesian Rattan varieties.

The Kali sticks are available in different lengths.

The 28-inch ones have three to four nodes and are about 7/8th to one inch in diameter.

The other variant is 24 inches long. You can generally buy a pair together as Kali is a sport that needs two sticks.

How Effective Is Filipino Kali For Self Defence?

Although Kali is more popular as an attacking sport, it is also suitable for self-defence needs.

It teaches you to disarm your opponent and then attack.

The first aim of self-defence is to be at an advantage, and removing weapons from your attacker is essential.

Once you have disarmed the attacker, you will find it easier to attack and subdue him/her.

Hence, Kali is a good form of self-defence.

So there you have it, a breakdown of Kali.

Are you going to give it a try?