I am sure you will agree.

The mere thought of somebody pulling a knife out on you, whether in a violent or criminal manner, will fill you with a sense of dread.

Yet, for some Martial Artists, dealing with the Knife is not that scary since nearly all of their training focuses on the use and defence of this weapon.

And in this article, we are going to take a look into the world of knife Fighting.

We'll explore knife fighting history, the styles of martial arts that feature the blade as a weapon, and how to defend yourself with a knife.

Why Do People Train in Knife Fighting 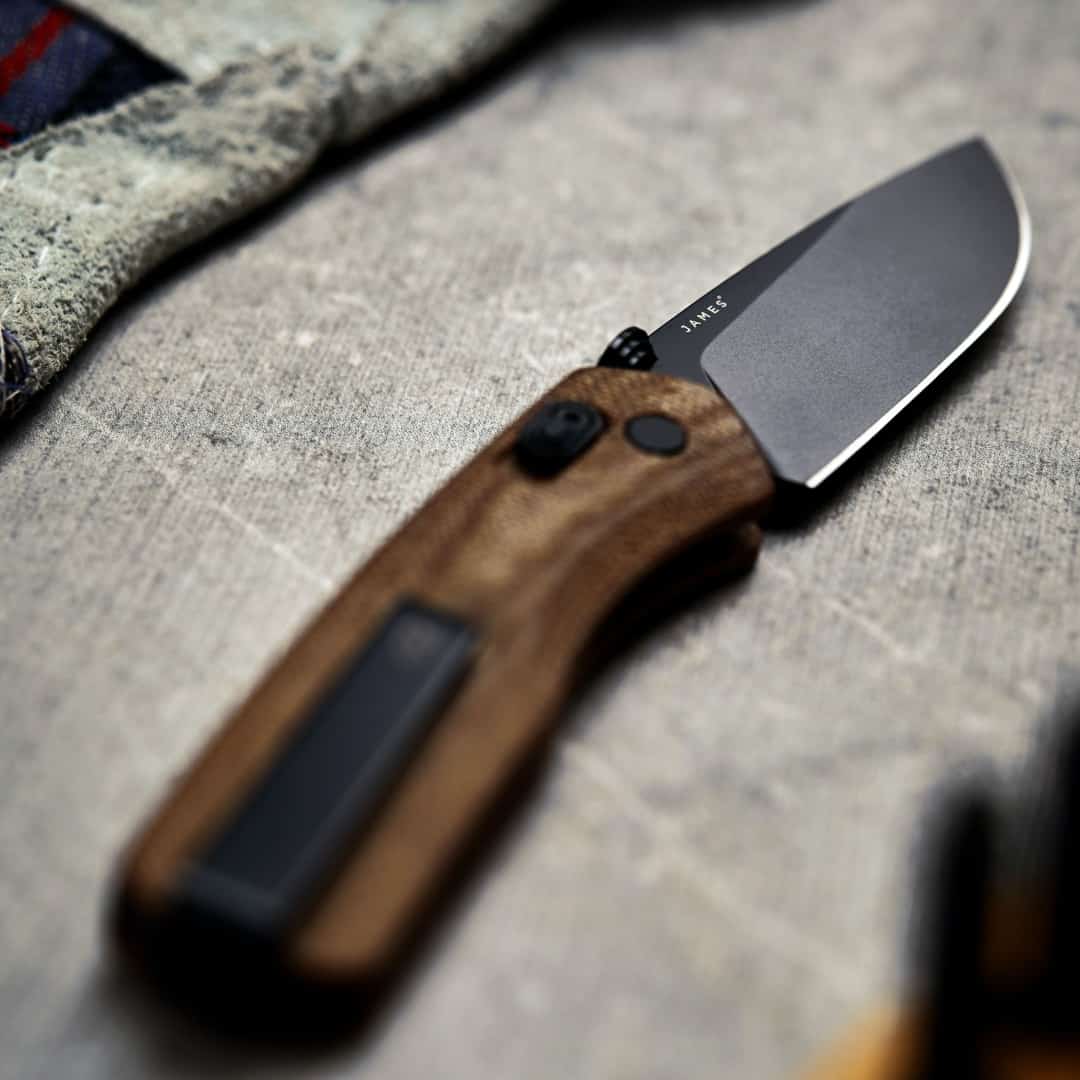 In the Martial Arts, knife fighting is extremely popular. Knives are easy to collect. They are small, and almost anyone can use them. For this reason, they have been part of warfare, espionage and crime for thousands of years.

Today, Martial Artists learn Knife fighting both as a pastime and also for self-defence and historical purposes. In addition, soldiers learn it for offensive purposes as well.

As a pastime, knife fighting can be an enjoyable experience. Hollywood films feature knife fighting displays as fast flurries of action. We see knives used in historical and fantasy programmes such as Game of Thrones and The Witcher.

But in reality, we know that any criminal could pull a knife out and use one to attack us.

Therefore, knife fighting has practical self-defence uses. In addition, if you find yourself burgled at night, a knife might be the only weapon at your disposal.

In a nutshell, there are a lot of reasons why people are motivated to take up Knife fighting Martial Arts.

But we need to be clear about the difference between Knife Fighting and Knife Defence.

The Difference Between Knife Fighting and Knife Defence

Some of the different types of knife fighting are seen as martial arts, while others may refer to them as systems of self-defence.

Knife fighting is a broad term that can refer to all kinds of methods and warfare with knives.

In essence, knife fighting is a topic of study within Martial Arts, and this can be broken down further into the study of certain blades and combat forms.

Knife Defence is the term used to describe any Martial Art or self-defence system that teaches how to deal with an attacker with a knife.

On another level, knife fighting can be used to describe 2 people, trained or not, that are involved in a fight where both have knives.

So, to simplify, knife fighting is either a study or something that people are doing. In comparison, knife defence is the practical self-defence applications of dealing with an attacker with a blade.

The History of Knife Fighting

The earliest evidence of human ancestors using knives is over 150,000 years ago.

Studies reveal that the knives were used as more than just an item for hunting or food preparation. They were also used for social rituals, including celebrating life events such as childbirth and death ceremonies.

These findings reveal how important and essential blades have been to humans since ancient times. Indeed, our ability o create bladed weapons and knives has played a huge part in the human race dominating life on the planet.

In Martial Arts studies, it's usually called "knife fighting", but its broader definition encompasses much more than simple fighting with a blade. Knife fighting includes offence defence strategies, both armed (with bladed weapons) and unarmed techniques against opponents who are carrying a knife or other bladed instrument.

You can find a variety of martial arts that use knives in their training. In most cases, the Knife used in self-defence training is often the basic kitchen type, whereas cultural Martial Arts tend to have specific styles of blades.

If we are to look at the best Knife fighting styles, we will see several mentioned.

Kali: A Filipino Martial Art originating on the island which combines weapon training along with empty hand fighting technique both armed and unarmed, against opponents wielding knives or other bladed instruments

A martial art originating from Indonesia, there are many variations, but one common feature is the use of a knife called "pedang". 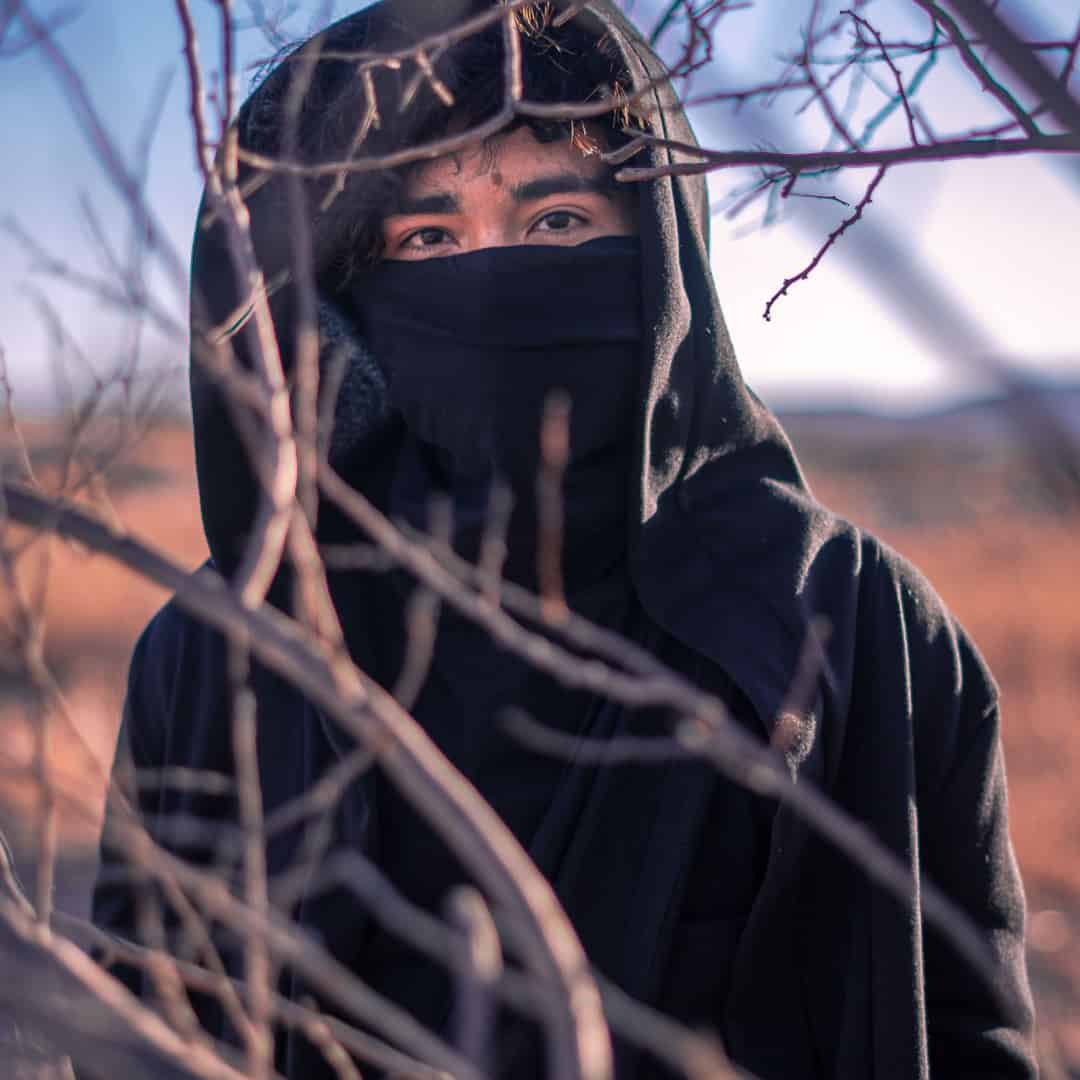 Ninjitsu is an art that we have seen used in films that have been shown around the world. It is an art that specializes in using a blade, throwing stars and other weapons.

Krav Maga is an Israeli Martial Art/ self-defence system. This martial art teaches how to defeat a knife-wielding opponent and many other self-defence situations.

In Knife Fighting, there is a wide range of ranges in combat.

These can be broken down as follows:

The Knife is used at what I would call 'touching distance. This means that the weapon needs only move a few inches to injure or penetrate the body of the victim.

At close range, it is very difficult to stop any weapon due to the limited action time.

The attacker has more space but less reach than at close range. A common midrange attack would be for the opponent to lunge forward with a straight arm aiming for their target's chest or abdomen area (sometimes accompanied by slashing motions).

The knife user usually has a significant distance between themselves and their adversary. This distance is where the attacker often 'shows' the blade in advance, and as such, the victim/ defender has more time to formulate a defence.

There are various types of grips used to hold a knife.

But there are 2 that most people focus on. They are: 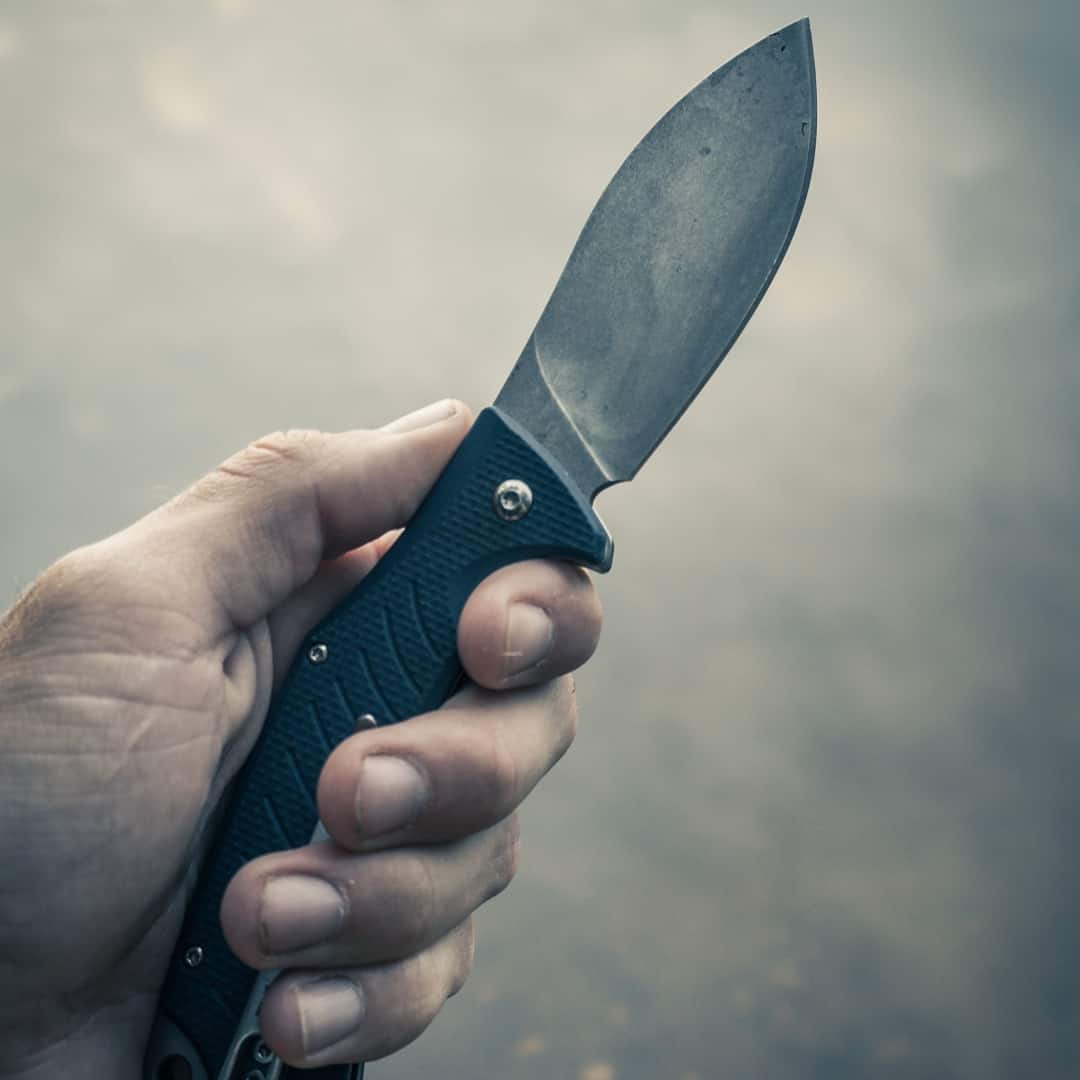 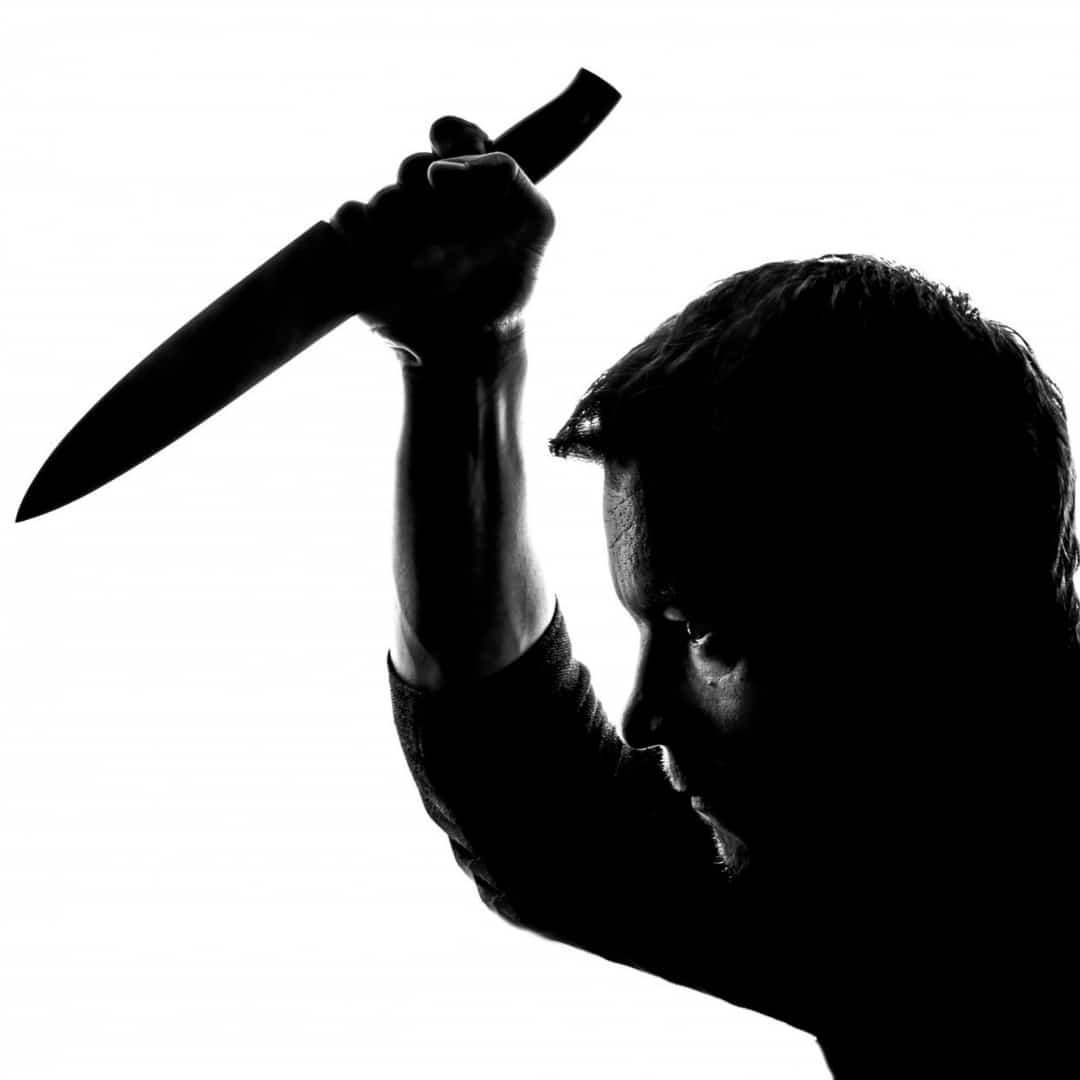 The hammer grip is perhaps the most well-known grip used to hold a knife. The grip is made by curling the fingers around the handle and gripping tightly with all the fingertips; this is exactly the same way you would hold a hammer. The point of the Knife is pointing upwards with this grip.

A person with this type of grip will generally use slashing attacks and thrusts.

The ice pick grip is another popular way for people to use knives. This grip is the exact opposite of the hammer grip. However, the point of the blade is pointing downwards.

This is often deemed a more 'military style' grip and is generally used to stab downwards into a target.

When it comes to knife fighting, while it might suit egos to think of knife fights as they happen in Hollywood movies, the reality is not the same.

A knife is a lethal weapon, and it can cause instant death. If someone was to stab you with one in the chest or stomach and they hit something vital, then there would be severe internal bleeding from the puncture wound, which could lead to cardiac arrest.

However, on the other side of things, knives have been used as weapons for centuries across many cultures, and while Hollywood might romanticize what these fights look like when two adversaries face off armed only with blades; reality is usually much more gruesome than fiction because no matter how skilled an individual may be at wielding a knife, chaos often ensues.

As part of our work on self-defence, we conducted a huge study on knife defence and knife crime.

Here are a few of the things we discovered:

54% of crimes observed occurred where the offender had concealed the weapon before the attack.

Civilian victims were most often attacked from the side or behind.

Professional victims such as police or convenience store workers were more often attacked to the front.

56% of offenders displayed the Knife openly before the attack took place.

85% of attacks were ambush attacks, where the victim had no warning, zero pre-contact conversation and zero opportunity to avoid the attack consciously. They relied entirely on startle flinch reflex.

Only 6% of the attacks lasted less than 10 seconds.

Only 16% of incidents observed were robberies, and the majority of these robberies were within convenience store settings.

Just 2% of incidents were related to terrorism.

Disputes between 2 or more people accounted for 20% of incidents.

In over 50% of attacks, the victim defended themselves after being attacked. Potentially they are protecting themselves whilst injured.

This data shows that there are a lot of myths and misconceptions around knife defence and knife crime.

Is It Legal To Carry A Knife?

There are many cultures that have a tradition of carrying knives for various reasons, like the Swiss Army Knife. The legality of Knife carry in America depends on several factors, including where you live and what type of blade you're carrying.

The laws governing this vary from state to state, and to check out what laws apply to which state, click here.

In the UK, knife possession is slightly different. You can carry a folding blade with a cutting edge 3 inches long or less, but it cannot be lockable.

By this, it is meant that the blade cannot be locked into place.

In addition, in the UK:

It is illegal to bring into the UK, sell, hire, lend or give anyone the following:

You can find out more information by clicking here.

How To Defend Yourself Against A Knife Attack

There are 3 core tactics to follow when defending yourself with a knife:

2. Grab the arm holding the blade

Protecting yourself involves covering your core areas that are vulnerable.

To learn more, check out my full guide to knife defence.

There you have it.

Our guide to knife fighting.

Knife fighting is an area of Martial Arts that many are attracted to, but few actually understand.

It is a seductive area of training that can provide many hours of fun, enjoyment and study.

However, it can also save your life.

You do not need to practise knife fighting to learn knife defence, and many arts only focus on the defence aspect of knife fighting. Taking this and adding it to their syllabus to ensure their students become well rounded in self-protection.

Our stance is simple if you want to learn about the Knife, its use and its history. Then knife fighting is for you.

If you're worried about having a knife pulled on you by an attacker, then you should invest in a self-defence system that covers or includes knife defence.

Fingers crossed you will never need that.