I am sure you will agree that Korean Martial Arts have played a massive influence on Martial Arts's films and instruction in the west.

In fact, I still rate the Best of the Best among the most brilliant Martial Arts movies of all time.

But there is much more to Korean Martial Arts than just Taekwondo.

And in this article, we are going to teach you everything we know about Korean Martial Arts.

What Are Korean Martial Arts 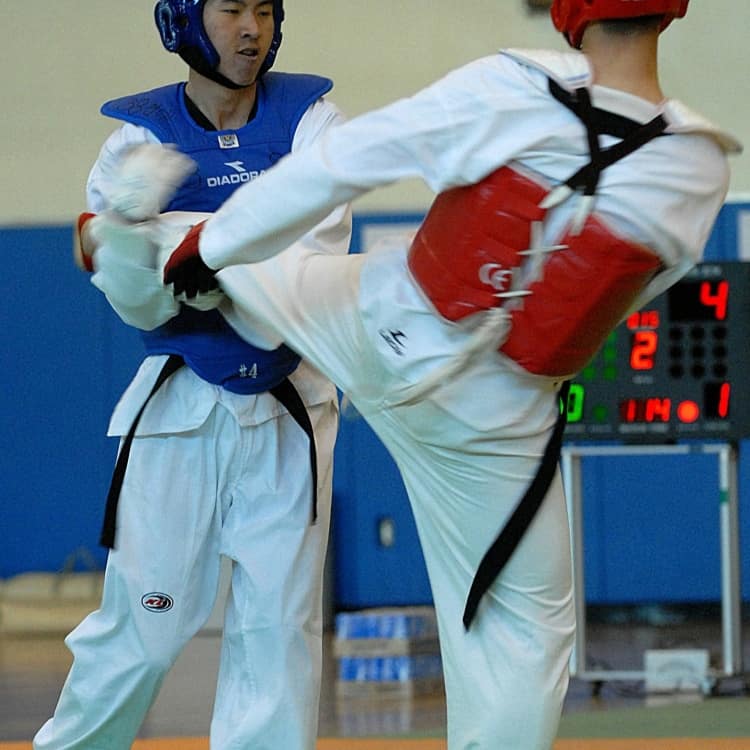 For centuries an array of martial arts forms spawned across the Korean Peninsula.

Many of these forms are in practice to this date as a mark of popular culture. However, all the styles and techniques of Korean martial arts have evolved over the years.

Taekwondo is the most popular form of Korean martial arts, and you have surely heard of it.

Nearly one per cent of the world population practises the martial art form in one of its many avatars.

Taekwondo has rapidly become one of the most favoured martial art forms to be taught to schoolchildren as a form of self-defense.

The History of Korean Martial Arts

The origins of Korean martial arts are ambiguous as many scholars still debate over it.

Nevertheless, its existence is assumed to be between 37 BCE - 668 CE since the Goguryeo dynasty has a mention of Su Bak in their records and wall paintings.

Su Bak refers to bare hand martial arts that were introduced in China. The art form is believed to spread in the Korean peninsula when a neighbouring dynasty, the Silla, learned the Su Bak technique to repel Japanese pirates.

Ssireum or wrestling is probably the most ancient form of fighting in Korea. The Goguryeo dynasty introduced both Subak and Ssireum as a basic physical education requirement. Spear fighting, horse riding, and swordsmanship were taught in synergy with each other.

There has been a hint of Buddhist influence on Korean martial arts since 600 A.D when Won Kwang penned the moral code by the name of Sae Sok O-Gye. The Buddhist culture accepted, learned, and honed the martial art forms and made them it's own.

The government abolished the practice of Su Bak as it turned into a widespread gambling event during the Goguryeo Dynasty (935 - 1392).

The Goryeo dynasty still practiced this martial art, which later fragmented into two techniques: the Tae Kyon and Yusul. The original form of Yusul is now extinct. On the contrary, Taekkyon has reacquired a lot of fame recently.

The Joseon dynasty, which reigned from 1392-1910, also has documented records of Su Bak. Koreans received aid from Chinese armies from 1592 - 1598 to revolt against Japanese invaders. During this time, Chinese martial art forms became popular in the region. Intrigued by the art form, King SeonJo of the Joseon dynasty ordered his court members to study the manual written on martial arts by a leading Chinese military strategist.

Are Korean Martial Arts Good For Self Defense?

Korean martial arts were originally taught as a form of self-defense. The fighting style relies heavily on the legs, and powerful kicks are a part of almost every Korean martial art style. As legs are stronger and longer, it seems to be a better way to defend yourself against an attacker.

Some forms of martial art also use weapons like spears and swords as an extension of self. This also lends itself well to self-defense techniques.

Apart from the obvious fighting know-how, Korean martial art forms allow fitness and agility are an important part of the training. Mental strength, discipline and focus are also an intrinsic part of any martial art training.

All in all, Korean martial art forms have proven to be effective as self-defense techniques.

Well, The Korean martial art styles you know today are not just competitive sports but also an integral part of learning how to defend yourself.

What Martial Arts Does The South Korean Armed Forces Learn?

South Korea, just like almost every other country, uses a unique blend of military martial art styles to train soldiers.

The style that was extensively used till World War II was Tae Kwon Do.

The military style Tae Kwon Do is quite different from the style of fighting that is usually seen in sports. It is very aggressive and can be effective in maiming or killing the opponent.

The aim of this brand of the martial art form is to inflict as much damage as possible to overpower the attacker.

Since then, Krav Maga, the deadly Israeli martial art form is also used to cross train the South Korean soldiers in hand to hand combat.

The most practiced martial arts form all across the world. Generally, Tae Kwon Do is the umbrella term for various styles of Korean martial arts. Acrobatic kicks, blocks, controlled movements, and usefulness from a distance make it an incredible self-defense option. To your surprise, it is the only Korean martial art form that secured its place as an official Olympic sport.

Well, unlike other hand-to-hand combat actions, this form of art is based on the reflex bow. During the Korea China war, soldiers usually utilized the reflex bow technique to attack their opponents.

Hapkido focuses on throws, joint locks, and dynamic kicking techniques. This form of martial arts Hapkido offers the learner a solid ground in different kinds of defense. The Hapkidoist diverges attacks of his/her opponent rather than vigorous blocking.

The Hapkido performer can avoid creating unintended injury to an opponent. Thus, it is a popular choice among law enforcement and private security agents worldwide. But here's the catch.

A Hapkido performer can even use potent and deadly force in a life-or-death encounter as self-defense is its root objective.

Taekkyeon makes use of rhythmic dance-like fluid movements to beat an opponent without incurring damage. Instead of straight and rigid actions, professional Taekkyeon practitioners use graceful circular movements in this martial art form. It is an influential martial art that teaches to apply offensive and defensive skills with great flexibility and strength.

Tang Soo do is Korea's own version of Karate. The martial art form literally means not to back down. The aim is to attack with a punch and then follow up with a series of punches that knock the opponent down. The modern format of the sport no longer aims to kill, but is fiercely aggressive and uses the term 'conflict'.

Soon, the martial art saw a weaning off from the punches to allow protection to the fingers and concentrated solely on kicking as its fighting style.

It is a fighting style that is similar to Hapkido. The version is smoother and slightly more 'open handed'. Sometimes, weapons are also used as a part of the training and practise of Han Mu Do.

In simple terms Kyuk Too Ki is a form of Korean kickboxing. It is similar to Muay Thai and has been seen in events such as K1.

This Korean martial art form involves a circular technique that is difficult to master but very effective. This circular hip technique is seen in other arts such as Judo.

Sibpalki is another famous Korean martial art form that has its base in close body combat. It was used in the 1700s and was quite popular.

There are many offshoots of these Korean martial art forms as they are known today. They all find roots in ancient versions of the sport which was intended as self-defense and now also offers itself as competitive sports.

How To Train In Korean Martial Arts?

Several versions of Korean martial arts are now taught across the globe.

You can enrol yourself in a club that teaches the martial art form. The master will probably have his/her own version of the fighting style and you can progress through the levels by practise and sparring. It is important that you have skilled sparring partners to help you improve your skills at the sport.

The sport requires a high level of fitness and physical training to practise. You need proper form, conditioning and strength training to help you excel at it.

It takes about thirty hours of training to reach a basic level under a skilled teacher.  And learning with a qualified instructor is much more effective than trying to learn the fighting style by yourself.

Martial arts need a lifelong commitment towards the sport, and you may require years of training to reach a black belt level of expertise.

So, there you have it, our guide to Korean Martial Arts.

Korea has influenced the study of Martial Arts across the globe, and as such, we must recognize that.