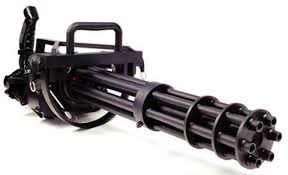 Its been a while since I wrote a critical piece, not sure why but Ive been enjoying writing on other projects. However I couldn’t let this go. This article comes off the back of seeing yet another self defence promo clip where people are training machine gun defence techniques!

Its fair to say that self defence has changed a lot over the years and we are seeing the term ‘combatives’ becoming so popular which isnt a bad thing. However what has happened is a new and bizarre activity. No longer self defence I really think this activity should be called ‘Apocalypse Defence’.

Years ago we had village halls filled with ladies learning wrist locks usually placed in the church halls after karate had finished or just before bingo.  However we now see the average self defence practitioner do one of several things even before they get to class:

Firstly it would seem that if you are training self defence you need a pair of army camouflage trousers. I mean what is it about the camo wearing brigade?  I get it if you are in the army or even ex forces, its a bit like wearing your uniform but for everyone else what happened to a decent pair of shorts or tracksuit bottoms?

Now if that wasnt enough the average kit bag of these dudes must look like  a customs officers nightmare. Plastic knife, plastic sword, plastic handgun, plastic machine gun, extra thick padded suit and helmet with full face shield and or face cage. So they get to club, tuck the T shirt into the camos and away they must go (I wouldnt know because I wouldnt do this).

Now I dont know where these guys live. Perhaps they truly live around the corner from a gang of crack dealing maniacs, perhaps going to their local shop is very similar to the  Hunger Games and just perhaps around every dark corner in their neighbourhoods there truly is a bad guy who carries a full range of automatic weapons. Or maybe, just maybe the new self defence crowd is a touch on the paranoid side.

Now I’m not saying being into survival-ism is a bad thing and I actually like it, but when it comes to self defence training I think you are better off doing a few press ups instead of training to rip machine guns out of an attackers hands.

I cant think of any good reason (being in the military or a swat team is the only one that comes to mind) that anyone would actually train machine gun defence. The vast majority of people go to self defence clubs because they want to make friends, lose a bit of weight, keep fit and learn a few skills that can help them if the very small risk of being attacked actually happens.

Sadly the ‘new breed’ of self defence instructors seem to be be more intent on reliving an action movie every week.

So are you running an ‘apocalypse’ club or do you run a sensible self defence club?