Savate: The Ultimate Guide To The Devastating French Martial Art 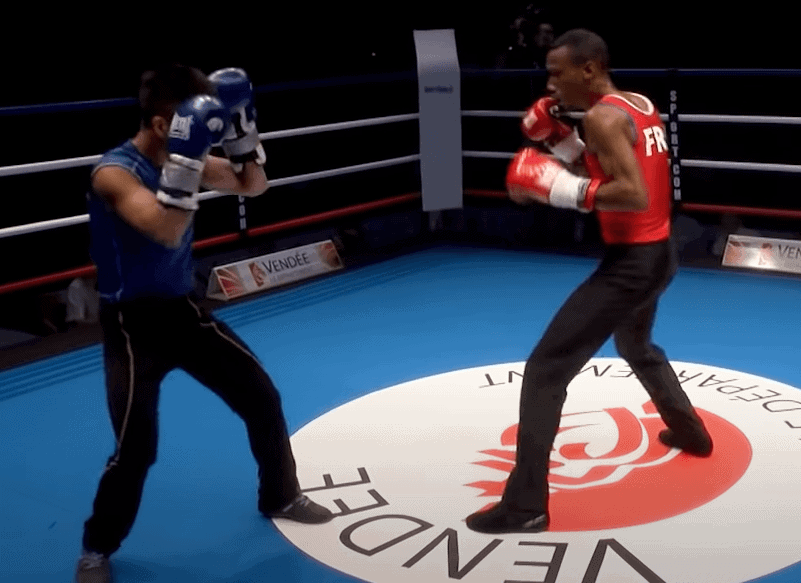 Did you know that the French have their own Martial Art?

Well they do and that martial art is Savate.

It's a little-known choice for martial artists and that's mainly due to the fact that it's not as big in the martial arts world as other forms of fighting and self-defense.

So, we decided to create a guide on Savate to help promote it more.

And by the end, you will understand what Savate is, and if it is right for you.

Savate is a French martial art and it started out as street fights in Paris before developing into the popular sport that it is today.

Savate is commonly known as French boxing, and the hands and feet are both used as weapons.

Most people start Savate and believe that it has elements of traditional kickboxing, but the Savate fighters use kicks as much as they use punches, meaning that they don't load up on their kicks with full power.

But that's not all.

Unlike most other martial arts systems, Savate only allows kicks with the foot, as opposed to systems like Muay Thai which allows shin and knee kicks, too.

This sport is practiced widely within France and has been around since the early 19th century.

As mentioned, it started out in lower class Parisian society and for a time, it died out completely. Since then, the graceful elements of Savate were combined together with English bare-knuckle fighting, and this produced La Boxe Francaise.

Savate used to be the word associated with any form of fighting where kicks were allowed, with two of the most classic blows being a back heel to the stomach and a double mule kick to the face. This is delivered from a handstand position.

Charles Lecour was a pioneer of Savate, and he opened a school in Paris, developing a form whereby punching and kicking were both used.

For a while it was a very popular sport, but it died out before it was combined.

Another sport it could be compared to is Khmer Kickboxing, a style of martial arts from Cambodia.

Historically, France had a presence in Southeast Asia and the cultural exchange in martial arts was popular, which might explain why so many of the arts are similar.

Diving a little further backward with Savate, the origin was in 18th Century France and it began its development with the colonization.

The balance was a great base as it started out being practiced on boats.

Open hand strokes and only the legs are used in Savate, but the hands are not really used to attack - well, they weren't when it started out!

Originally, Savate was considered to be very similar to Capoeira, as the hands were used for attack.

Come 1845, and a Savate fighter stood toe to toe with an English boxer, Owen Swift. Swift defeated the Savate fighter and this is where the evolution of Savate began.

The fists were involved and that's where Savate was called French Boxing. The techniques used by Marseilles sailors were those involving higher kicks and hand slaps done with an open palm.

The hand was used to hold onto something for balance on a rocking deck, where Savate was practised.

Kicks and slaps were also used on land because there were penalties for using a closed fist. This was once considered to be a deadly weapon according to the law and was known as Jeu Marseillais - game from Marseille, and was then renamed as chausson - slipper, which is what the sailors shoes looked like.

Street-fighting Savate was not the same as chausson, as the kicks were kept low and never above the groin. The kicks in the original Savate were delivered viciously, and intended to break bones.

The open-handed blows were thrust out and across the face with a view to stun the opponent. Some of the techniques were developed in the ports of Italy and NE Spain.

There are two people who are key in Savate history, and we've touched on Charles Lecour, but Michel Casseux is another we should think about.

Casseux was the person who opened the first Savate establishment for practice and promotion of a regulated version of the sport.

There was no headbutting, grappling or eye gouging allowed, and the sport hadn't shaken it's lower class Parisian roots at this stage.

Charles Lecour was a pupil of Casseux, and he was exposed to English boxing when he saw an English boxing match in France between Swift and Jack Adams.

Later that same year, he took part in a sparring match friendly with Swift and he felt like he was at a severe disadvantage.

During this fight, he only used his hands to bat Swift's punches away, which was the beginning of his training in boxing.

From here, boxing and chausson were combined to  create the Savate practised today. Stick fighting was added at some point, and la canne - stick fencing - is a common part of training in Savate. It's not something that's common during competitive Savate training, but it was common for practice and promotion.

Once Lecour took over, his student Joseph Charlemont and his son Charles continued to develop Savate and in 1899, Charles fought Jerry Driscoll, an English boxer, winning the match with a fouette median (round kick) in the eighth round.

Bernard John Angle was an English referee, who later said that Jerry Driscoll didn't know what he was taking on at the time, so it wasn't a surprise he lost!

In the 1900s, Savate de Defense became more popular and it referred to the method of fighting excluded in Savate competition.

What Does Savate Mean?

The word Savate is French - meaning "old shoe". Given that there are boots required for the sport, the translation means heavy footwear and it fits well as it was worn to balance on the rocking deck of a boat. 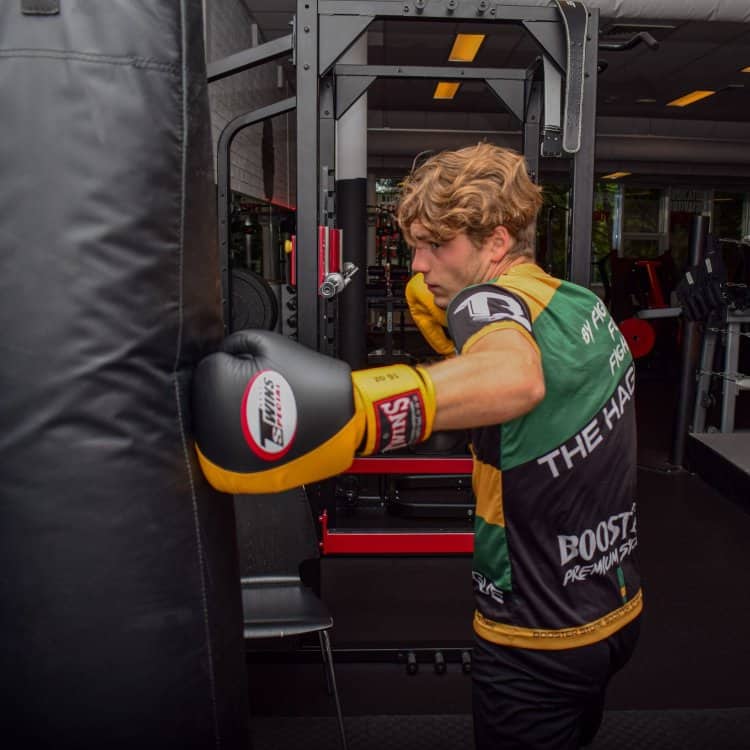 There are plenty of articles and discussions out there that state that Savate is not a good idea for those who want to train in MMA - Mixed Martial Arts.

While the advice may be to train in Muay Thai because Savate is closer to Muay Thai than MMA, it doesn't mean that MMA competitors haven't used elements of Savate during competition times.

Savate teaches the student to strike, and this makes it a good striking option for MMA fighters. As with any striking art during an MMA fight, there has to be an element of modification.

So, Savate won't look the same during MMA as it does as a standalone sport.

Most Savate learners and teachers practice Muay Thai, too, which is why the line between Savate and Muay Thai can be blurred. It's also why it's often not seen as a good idea for MMA.

Often, those who feel that Savate won't fit MMA are those who have never attended a class. Savate is designed to be lighter on the feet, compared to an MMA fighter who must be heavy on their feet when they perform.

Savate practitioners usually wear heavy boots, but in competition, this isn't possible in MMA, which means that a Savateur is easy to take down by a MMA fighter.

During Savate, kicks are ineffective without those boots, and Savateurs often don't learn how to use knees or elbows in their craft.

While Savate kicks can be modified without shoes, there is a lot of wrestling in MMA - which Savate doesn't teach, and neither does Muay Thai. Takedowns from the clinch in MMA are essential during a fight, so it may not be the best option.

However, that doesn't mean that elements of Savate cannot be used - it's why it's called MMA.

The martial arts are mixed for a good reason!

Is Savate Good for Self-Defense?

Originally, Savate was made as a method of self-defense and in lower-class Paris, self-defense was a necessity where crime was high.

It's been described for many years as fencing, but with hands and feet.

It's also intended to be an art, with a positive impact on mental health through punching, kicking, weapons training, kickboxing and grappling.

It doesn't look the same today as it used to because it's been refined and honed over the years to be a safer sport to practise. Kicking is a core component of Savate, and without kicking, it wouldn't be the same at all.

However, Savate kicks are not as harshly placed as other sports as it used to be, with more control used today than in the origin days.

So, primarily Savate is a sport with some useful self-defence applications.

What is the Difference between Savate and Kickboxing?

Kickboxing is a term used to describe many different styles of fighting with both feet and hand.

But we for ease, we will talk more about the American style of kickboxing.

The main difference between the 2 is down to style.

Savate fighters are very light on their feet to deliver a larger volume of kicks.

The Savate fighter has coloured boxing gloves, and these reflect the rank and level of the fighter. The levels that the sport are divided into are obtained through regular practice and updated proficiency as the practitioner honed their craft.

Empty handed techniques delivered during jumps or while standing still is how it's practised today.

Where You Can Learn Savate

Currently, those who want to learn Savate are learning it in classes with known practitioners and online - at home.

You can learn Savate as effectively as you want to when you practise at home, and you can learn in your own time.

With remote coaching, video coaching, space and commitment, you could be an expert in your classes in no time at all.

Some classes are run by former World Champions, and the videos that teach you to learn Savate allow you to develop great techniques, fitness levels, knowledge and better flexibility all from your classes.

You don't have to have a partner with you, and experience levels really don't matter, as beginners are welcome with Savate.

Savate is a martial art that you want to commit to.

It's evolving over time, and in the long run it's a sport that's easy to join and doesn't become redundant over time.

It's one of those martial arts that is more precise and scientific than others, and as it is a collection of all of the other fighting techniques, it's a dangerous sport for many.

It's a renowned martial art and it's something that goes from strength to strength.

Savate can help the practitioner to build their confidence and feel fitter for longer - it's worth a try!