The Science of Self Defence

This is a short post so I will make it quick. Below you will find the images of my latest article that has appeared in a magazine. Well actually it was an interview in a magazine called Flipside. 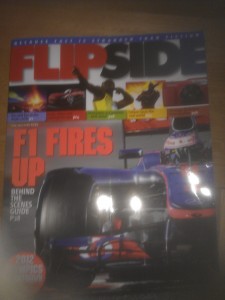 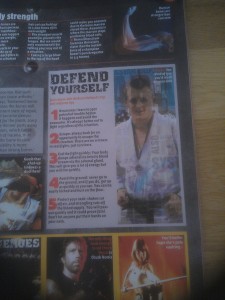 Now many of you may not have heard about this magazine before but I will explain why in a second, and also the importance of this article. The article was about the recent Street Fighter x Tekken video game that is now out. I examined the fighting moves in the game and discussed them in relation to how they work and how some just are pure fantasy, also in the article was Doctor Rebecca Ward who talked about the various injuries from these techniques.

The interview and article was written by the excellent Stephen Daultrey.

Now why is this so important?

For 2 reasons, firstly this Magazine is sent to every, yes I did say every school in the UK!!!! Great exposure.

The second reason is that this magazine is a Science magazine! Yes this is a subscription magazine that is dedicated to making science cool. I have to say the magazine is excellent, and it kind of makes me wish I was at school again and able to get back into science. However this article supports that self defence is actually a scientific study. It is the study of the mind, the body and the environment we live in. It is the study of criminology, crime prevention, physical training, psychology, neuroscience, physics, martial arts and much more!!

So yes the self defence community can rejoice because the scientific world called me, not the other way around. They did this because we are studying a subject that is just as relevant to society as any other.

We are scientist studying a field that many feel that they dont need. It doesnt matter, withiout science we wouldnt be where we are today and without self defence the prisons would be run by the inmates, there would be no law and order and many people out there would just be another statistic. So in many way the scienece of self defence is actually the study of how society retains its fine balance!