Watch as This Grandad Fights off 3 Armed Burglars! (video) 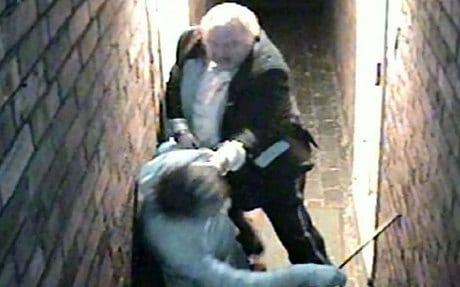 They say that men aren’t the same as they used to be,  and that our Grandads generation are made from far harder stuff!

Well if you are looking for proof of how tough Grandads actually are then look no further because here we have the proof.

Andrew Adamson a Grandad of 4 came home following a night out to find that 3 burglars had broken it to his house. So what does this Grandad do? He shows them who is boss and throws them right out of his house.

One of the burglars even had a razor blade that he pulled and one attack him with a pole.

Andrew suffered injuries that required seven stitches but during the incident, but as if throwing 3 armed masked men out of his house wasnt enough he even managed to pull one of the masks off. That mask was handed to the police and the DNA from the mask later lead to a conviction.