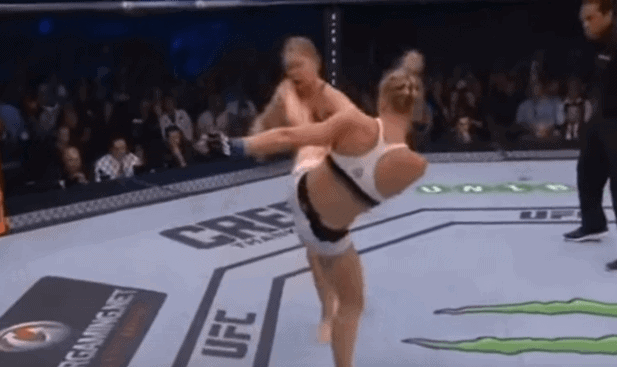 The world of martial arts  has gone crazy because many awoke to the news that Ronda Rousey has finally been defeated in the UFC. Many were in shock and then it happened,  the haters came out! Gone was all the support, instead the internet raged on about how happy they were to see her finally defeated. this is combat sports,  it happens!

This article is  not about the results of her defeat at the hands of Holly Holm. Instead, we are looking at the next step for Rousey  and what she needs to do to win her title back. If you are new to this blog let me explain,  I  have boxed, I have done Judo and I have also worked as a pro boxing official.  I have worked at world championship  events so I know skill set  pretty well.

Mike Tyson has no coaching background that I know of, so why would I suggest him as her trainer. First of all let us be clear, Mike Tyson  is a former world champion. He knows boxing inside and out. However this is not just a sport anymore,  the UFC is a media platform and the idea of  Tyson training Rousey will become not only about her winning in the ring  but both Tyson and Rousey winning financially. 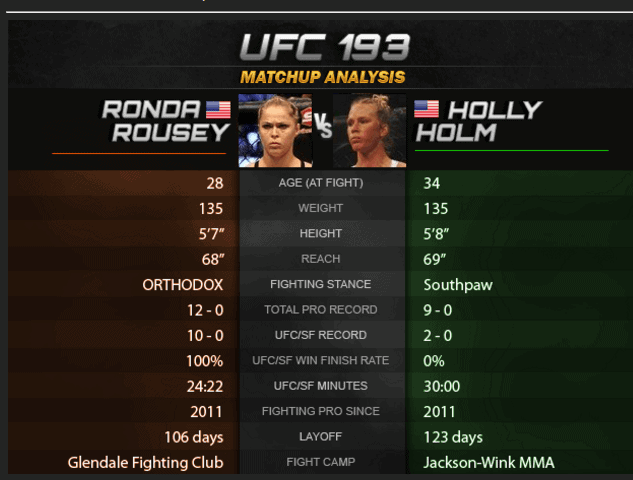 If we look at the fight from last night at UFC 193, we saw Rousey pulled apart by a better boxer. Holm looked taller, stronger and even heavier than Rousey. The stats from Sherdog show only an inch advantage for Holm in both reach and height however on the night it looked far more.

However what we saw on display was a case of good old-fashioned ring craft. The boxing skills of Holly Holm were on display. She is a former boxing champion who is considered by some to be one of the best female welterweights of all time. her level is  so high she has  won multiple world titles at different weight classes.  Ronda Rousey was  never going to win this match on her feet, not at her current level of striking ability.

And so we saw the fight unfold with Holm skipping away and Rousey plodding forward taking shot after shot to her face. my experience in boxing tells me that if you take shots like that with small MMA gloves on then you are pretty much going to end up exhausted and dazed. That is what happened, and even when Rousey did get Holm down she looked too exhausted to do anything.

​How Mike Tyson Will Change Her

If you follow boxing and the UFC you will see that Tyson is a fan. He has even met Rousey via the UFC. right now Rousey is in need of serious boxing lessons but from a boxing coach that knows both sports well. This already puts Tyson on top of the list for coaches.

If we look at Tysons style it is not too indifferent than Rousey's. Aggressive, moving forward with big shots. The thing that Tyson had at his disposal though was an amazing mastery of defence. If we look at the video below which captures this perfectly. This is the level of defence that Rousey needs to add to her game.

The Combination  punches of Mike Tyson were also a key element in his career. If Rousey could improve her ability to throw 'punches in bunches' then she would  change her game entirely. This is yet another element Tyson could help her with.

Increased Exposure For Both Tyson and Rousey​

This is the key part for me, yes we know Tyson has not coached. Or at least not coached a world champion. By working for Rousey, we have a Hollywood movie. Retired ex-champ teaches female UFC star his skills after she is defeated. This would attract both the attention of the much larger boxing world along with non-UFC and boxing fans. More media coverage usually means more money for all involved. Let's face it, the idea of Tyson training her is a lot more interesting than her hiring the average coach.

The questions exist as to whether Tyson would be a good trainer or not will always exist, but he has the experience, he has also lost a few high-profile fights when he was considered at the top of his game. So for that reason alone he could add a lot of knowledge about the pressure of big fights to Rousey's knowledge banks.

Right now Ronda Rousey needs to learn how to box (note I don't say punch, she can already hit hard, boxing is about hitting without getting hit yourself!), how to get in close and strike and then go for her Judo takedowns. She needs to improve her head and body movement and Tyson has the skills and knowledge to share with her.

Now let me be clear I do not think Rousey should become a boxer. This is not her skill set, but we are talking about her improving her stand up to the extent that she can get in close, land her shots and look for the opportunities to do her Judo. At the moment, her approach is just to move forward with he punches and then go for the takedown and that has come up short against a better striker. Unless Rousey makes these changes to her game I see the rematch going exactly the same way.

What are your thoughts on this idea? ​