What makes a martial artist great? Is it their mastery of technique, the number of opponents they've defeated, or is it something else?

Some people say that a true martial artist must be able to defend themselves against multiple opponents at once. Others say that masters are judged by their ability to fight with just one hand tied behind their back.

This blog post looks at some of the best martial artists from around the world and ranks them according to their style and level of expertise.

Van Damme is a worldwide famous movie star and director, apart from being a very dedicated MMA artist. He began martial arts at the age of ten, enrolled by his father in a Shōtōkan Karate school.

His styles consist of Shōtōkan Karate and Kickboxing. He achieved black belt in karate and started lifting weights, earning a Mr Belgium bodyweight title. He has studied karate, kickboxing and ballet. 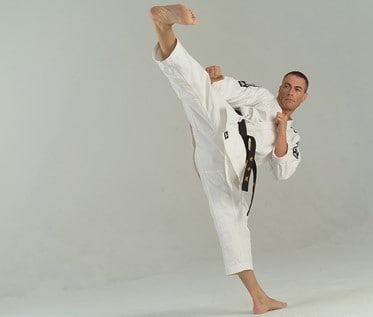 Machida is a Brazilian professional mixed martial artist and karateka, currently signed with Bellator MMA, and having competed in the UFC, where he once was Light Heavyweight Champion.

He is 3rd dan black belt in Shotokan Karate, and black belt in Brazilian Jiu-Jitsu. He’s still fighting and being a threat at 43 years old, having remained active uninterruptedly since 2003. 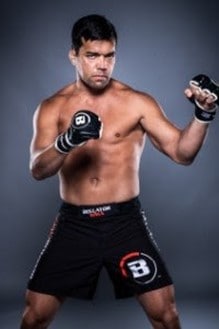 Parker was an American martial artist, Senior Grandmaster, and founder of American Kenpo Karate. He was enrolled in Judo classes by his father at the age of twelve, and received his Shodan in Judo in 1949 at the age of eighteen.

Since then, he started training and opening karate dojos, even appearing in some Hollywood movies. Parker was significantly influenced by the Japanese and Okinawan interpretations prevalent in Hawaii.

All the influences up to that time were reflected in Parker's rigid, linear method, called by himself "Kenpo Karate". 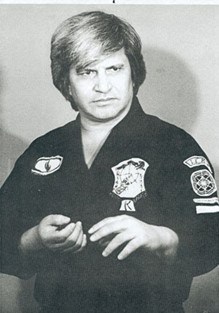 St-Pierre is a Canadian MMA artist, who after a very successful career, retired as the reigning Welterweight Champion in December 2013, having held the record for most wins in title bouts and the second longest combined title streak in UFC history (2,204 days) while defending his title nine consecutive times. 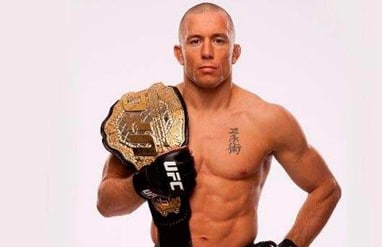 Silva is a Brazilian MMA artist and boxer. He is a former UFC Middleweight Champion and holds the record for the longest title reign in UFC history at 2,457 days.

Many personalities in the sport claim that Silva is the best fighter the UFC has ever seen, having contributed largely in turning the UFC and MMA into what they are today. 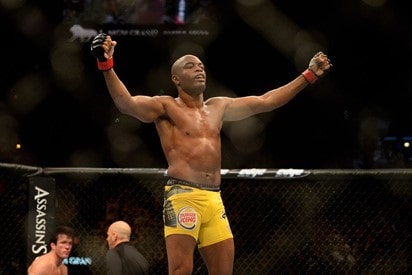 Chan trained martial arts and acrobatics for a decade. When he entered the film industry, he learned Hapkido and eventually attained his black belt.

He is also known to have trained in other martial art forms such as Karate, Judo, Tae Kwon Do, and Jeet Kun Do.

Starting from the bottom, he is now a legendary actor and director, famous for his funny movies and impressive stunts, which he performs all by himself. 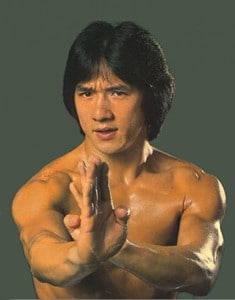 Yen is a martial artist, actor and director, widely credited for bringing (MMA) into the Asian cinema by choreographing MMA in many of his films. 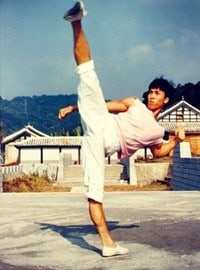 Another familiar face from movies such as The Expendables and Once Upon a Time in China, Li started as a very talented Wushu fighter.

After three years of training, he won his first national championship for the Beijing Wushu Team. He was once asked by President Richard Nixon to be his personal bodyguard.

At 18, he retired from the competitive scene due to an injury, but stayed as an assistant coach of the Beijing Wushu Team. 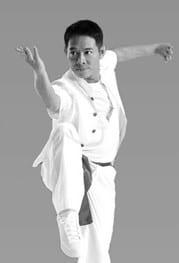 The founder of Brazilian Jiu Jitsu wasn’t as big or strong as other fighters when he was young, so he modified the art of judo to make his moves less strength-based.

He put Masahiko Kimura in trouble when they fought, and even though Kimura won, Gracie’s style was recognized as something to be feared at. 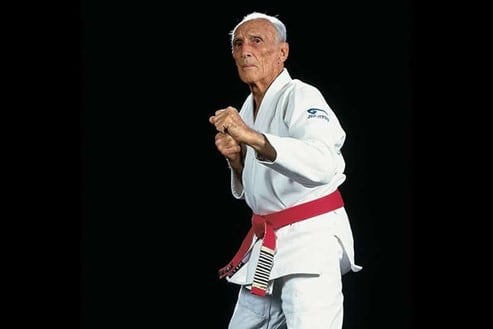 Famous for his movies in the 80/90’s, Norris was originally trained in the art of Tang Soo Do, achieving black belt in that discipline, tae kwon do, Brazilian jiu jitsu, and judo.

He even formulated his own style of fighting known as Chun Kuk Do. Along the way, he had an outstanding karate tournament career from 1964 until his retirement in 1974, becoming world champion in 1968 and with an estimated record of 183-10-2. 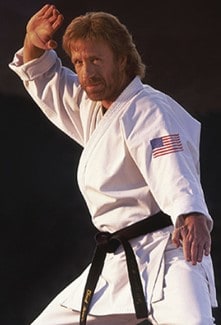 Ueshiba was a Japanese grandmaster and the founder of Aikido. He studied a number of martial arts in his youth and served in the Japanese Army.

After discharge, he started his own dojo and training his new discipline to students that, after his death, shared their knowledge all over the world. 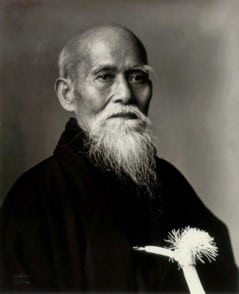 If you like UFC, you’re probably familiar with a reverse-shoulder lock, a very specific way to grab your adversary and break his arm if he doesn’t react properly.

That move came from the fight between Masahiko and Helio Grazie in 1951 (the grab is now known as the “kimura”). By age 20, he had become the All Japan Open Weight Judo Champion, a title he maintained for 13 years.

Kimura was known for his intense and difficult workouts, (1,000 push-ups and nine hours of daily practice). 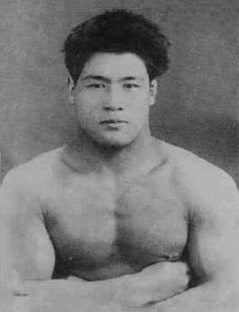 Yes, the teacher of the Karate Kid actually existed and he founded Gojurya Karate, blending Japanese and Chinese fighting styles into a hard soft approach. 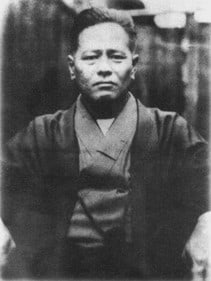 The founder of Shotokan Karate Do. He holds a fifth dan in Karate, one of the highest ranks one could achieve. He is regarded as the ‘father of modern Karate.’ 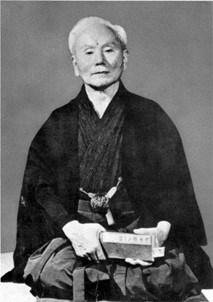 Sensei Jigoro is the founder of Judo, which was one of the first Japanese martial arts to gain widespread international recognition and the first to become an official Olympic sport. 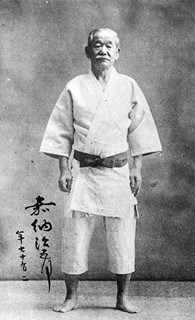 One of the greatest martial art movie stars of all time, but only #5 in this list. Nonetheless, he mastered kung-fu and was able to do incredible things, such as knocking an opponent with a one-inch punch. 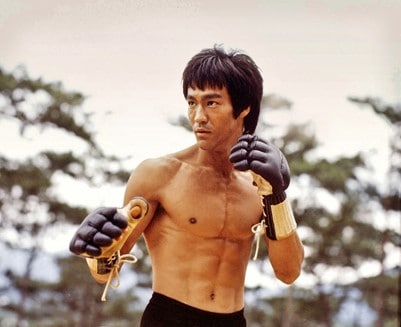 The founder of Wing Chu and former teacher to Bruce Lee. He once effectively defeated 10 Japanese martial artists during the World War years.

Many of his students went on to share their knowledge, expanding Master Yip’s influence in China and beyond. 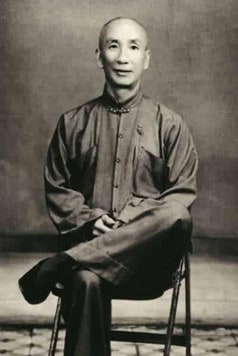 Considered a hero in China for defeating foreign rivals, and because he never lost a single match. He was a master in Wushu/Mizongyi. 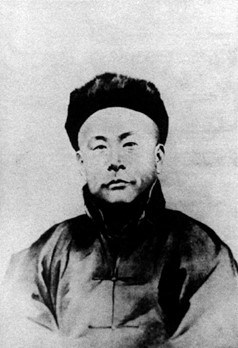 It’s said he’s able to kill bulls with his bare hands (seriously, there’s a video and everything).

He founded the full-contact karate, also known as Kyokushin Karate, and he’s probably the strongest karate master in the world. 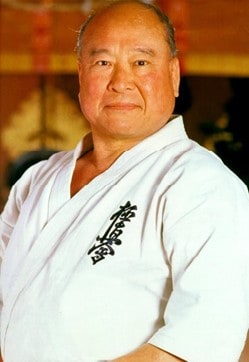 Portrayed by Bruce Lee in “The 36th Shaolin Temple”, he was the true Chinese folk hero. He was considered an expert in the Hung Ga style of Chinese martial arts.

He used shadowless kicks and was an expert of using weapons such as the Wushu swords and likewise.

He’s most famous for defeating a group of 30 armed military men on the docks of Guangzhou, with just a wooden spear.

As for his heroic status, the legends and myths surrounding events in his life are difficult to discern from facts. 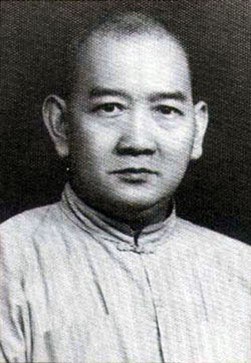 This list of the best martial artists includes some people you may have heard of, and others who are more obscure.

But all of them have the fighting credentials to be the best of the best.

Consider what qualities make someone a master in your opinion—and then let us know in the comments below!