These films are some of the most action-packed and thrilling ever made, and they're sure to get your heart racing.

So sit back, relax, and prepare to be entertained! 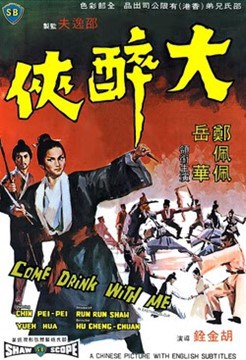 Come Drink With Me not only broke the wuxia mold, it practically created it.

A female protagonist at the head of an army, basically set the world so that Kill Bill could happen some years later.

Even if you’ve never seen it, when thinking about a martial arts film, it probably looks like this one. 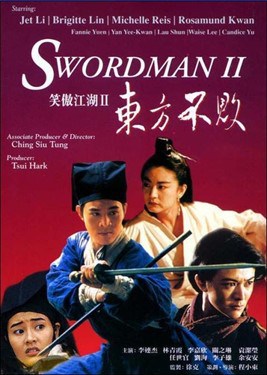 A sweeping historical drama with a rather confusing plot, but if you need to tell the synopsis for the class, there are multiple clans vying for possession of a scroll.

There are tons of flashy swordplay and lots of wire-aided fight scene craziness. Well, just another of Jet Li’s greatest films. 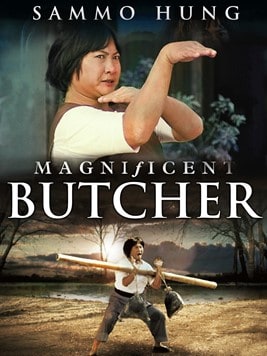 Hung stars as a literal butcher who has learned the ways of kung fu from folk hero Wong Fei-hung, played here by the truly magnificent Kwan Tak-hing.

The film features a classic scene, in which Hung defends himself with skill and humour while simultaneously completing a piece of calligraphy.

It’s just amazing and so fun to watch. 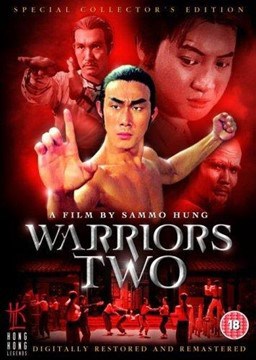 Well, that’s if we’re not talking about Warriors Two, a modest, straightforward story of a young man training in martial arts to protect a town, featuring quite a lot of authentic wing chun, in the style which master Ip Man would have taught to a young Bruce Lee.

It’s just different when you watch it, but still a work of art. 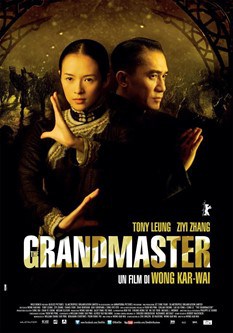 The Grandmaster is a gorgeously paced historical epic told in patient piecemeal. From the opening to the end, it’s beautiful filmmaking.

Don’t settle for the American version featured on Netflix, look for the Chinese original and you’re in for a treat.

It follows the story and life events of Ip Man, before his death. 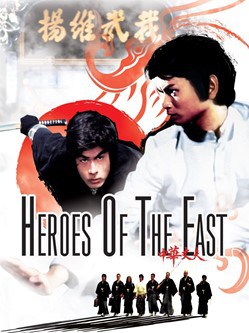 This one is unconventional, as it portrays the Japanese not as outright villains but simply aggrieved, honourable fighters.

We get an amazing contrast in styles, and fights that pit balanced elements of combat against one another—for example, Chinese drunken boxing vs. Sino-Okinawan karate. 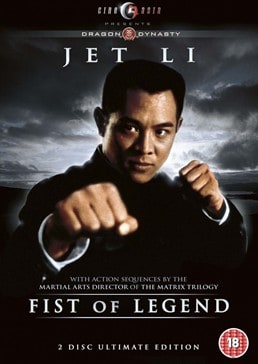 Essentially a remake of Bruce Lee’s Fist of Fury, with some really fancy fighting. I mean, Jet Li really knows how to kick some asses in this movie. 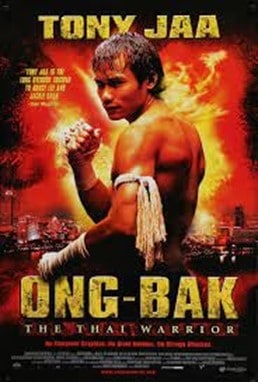 If we’re talking about Muay Thai, people know about it mostly due to this movie.

Tony Jaa’s performance is epic in all three of the movies of the franchise, even earning the title of “the long overdue answer to Bruce Lee and Jackie Chan”. 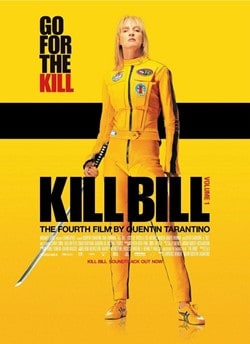 No Jet Li, no Jackie Chan, no Bruce Lee. Uma Thurman in her yellow suit with a sword in her hand is just iconic.

It perfectly balances the tribute to Japanese and Chinese martial arts with all the visceral fight scenes that are Tarantino’s trademark. A must-watch. 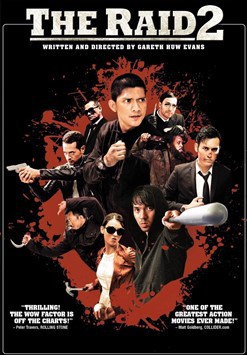 The Raid (2008) gave us Silat and Iko Uwais, but the sequel that came out six years later gave us one of the most thrilling, martial arts movies ever made.

When talking about crazy and visceral fight choreography, you must talk about this one. 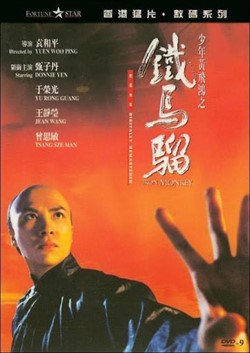 It’s the definition of a kung fu people-pleaser. You might remember the release of the U.S version, due to the efforts of Quentin Tarantino to get an appropriate theatrical release in America. 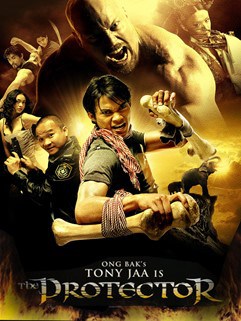 “An invincible engine of destruction wreck his way through everything in his path” is a good description for this one.

Lots of stunt work and movie magic gave us some of the greatest scenes in martial arts movies.

For example, Jaa ascending from the bottom of a tower to the top, fighting dozens of mooks in a single, unbroken shot that lasts four minutes. 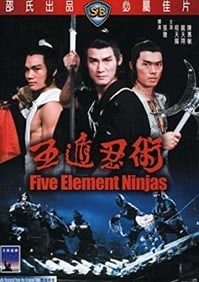 A bit of a crazy movie, but that’s what kung-fu movies are all about. The story revolves around a few young fighters seeking vengeance against a ninja clan that massacred their classmates, but it’s the villains that really stand out.

Each group of ninjas has their own absurd costumes and ridiculous quirks: Gold ninjas use their shields to blind enemies. Water ninjas use snorkels and pull opponents down underwater to drown them. Fire ninjas use smoke shields to hide and move.

Wood ninjas pose as trees and use claws to slash and tear. And finally, the supremely goofy Earth ninjas are somehow able to tunnel through solid soil like freaking earthworms and explode out of the ground with an almighty bang.

Western movies could never compare to this. 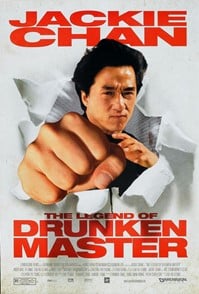 No Kung-Fu-movies list could be finished without an appearance of one of the greatest: Jackie Chan.

And it’s not only a Jackie Chan movie, it’s the best Jackie Chan movie. Here, the master leads as Wong Fei Hung, a Chinese folk hero who employs his Zui Quan (Drunken Boxing) skills to stop the corrupt British consul set on illegally exporting Chinese artifacts out of the country.

Although nearly all the action sequences are wonderfully exhaustive and memorable, the final fight is a breathless show-stopper. 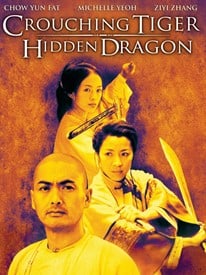 Not only the highest-grossing foreign film ever, but also happens to be yet another foreign film that changed the cinematic landscape: a kung fu flick with pulpy soul and a romantic heart.

The story is about three 19th-century warriors whose loyalty and vitality are tested by a series of events that lead each to contemplate their many life decisions that brought them to that point. 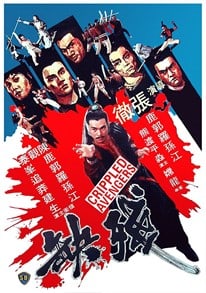 You might remember the more politically correct title for this movie: Return of the 5 Deadly Venoms.

And it’s definitely a jewel: The blind one, the deaf mute, the one without legs, and the brain-damaged “idiot”: together, they make an unstoppable force of vengeance against the local martial arts master who crippled them, and his son, who ironically lost his arms at a young age.

A movie that just plays it cool, until the final 25-minute series of fight scenes. 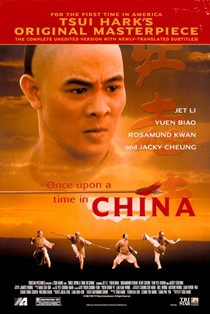 Featuring another one of the true greatest: Jet Li. And it’s just a masterpiece.

This is a film of epic scope told through small moments and even smaller gestures.

Although there are only so many words to use to describe how Tsui, in barely 10 years, had established himself as an incomparable master of the Golden Age of Hong Kong cinema, there are probably no words to properly express the effortless beauty of some of Tsui’s images, spread all over the film. 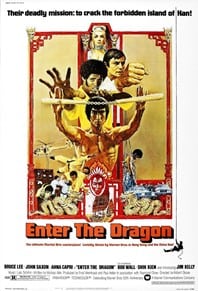 What can we say about Enter the Dragon that hasn’t been said already?

Even if you’re not into the kung-fu/martial arts world, you’ve definitely heard the name of the movie before, or you’re aware that Bruce Lee is in it.

It’s simply a classic. There’s no shortage of iconic moments and fights, such as the final duel with a claw-handed Han, or when Lee fights his way through a few dozen henchmen in the bowels of the fortress (including a young Jackie Chan, who gets his neck snapped, by the way). 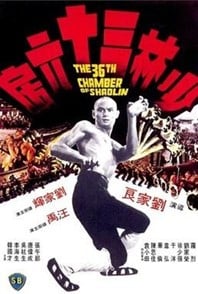 Oh, the seventies. Those were the days. At least when we talk about awesome, kung-fu movies.

Gordon Liu plays a young student who is wounded when his school is culled by the Manchu government, so he flees to the Shaolin temple.

After toiling as a labourer, he is finally granted the right to learn kung fu, which begins the film’s famous training sequences.

It’s the rare film where those training sequences actually outshine the traditional fights, because they’re just so beautiful, fluid and inventive.

There are 36 chambers, in which he must toil to discipline his body, mind, reflexes and will. As classic as it gets. 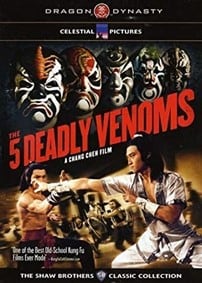 The second movie in the franchise is good enough to reach #5 on this list. But the original is just a cult movie.

The masks, the fighting scenes, the mythology. This movie is emblematic of an entire era of Hong Kong cinema and the joy they took in delivering beautiful choreography and timeless stories of good vs. evil.

Everything we love about martial arts movies is here.

Martial arts movies are a great way to escape the stresses of everyday life. They allow you to live vicariously through an underdog who is training hard and fighting for his or her dreams, which can be very motivational.

If you need something new to watch tonight, take your pick from our list of the best martial arts movies! We hope this helps you find your next favourite movie.

Let us know if there's anything else we should add in the comments section at the bottom!