Self-Defence Potential of Eye Gouging: How To Use Them (and train safely)

Eye gouging is a self-defence technique that has been used for centuries.

It's a brutal but effective technique when done correctly and can be very difficult to defend against.

In this blog post, I will discuss the self-defence potential of eye-gouging with some tips on how to train and practice it effectively.

And I will discuss why eye gouges aren't the ultimate 'go to' technique that some claim it to be.

What is Eye Gouging?

Eye gouging is a technique that involves poking the eyes of an opponent. Eye gouges are often used as a self-defence technique by martial artists.

Essentially eye-gouging is just poking your fingers into an attackers eyes, but it is an area of Martial Arts and self-defence that goes far deeper.

Eye gouges can be used as a form of distraction, to cause pain and discomfort or to create an opening for follow-up attacks.

The Structure of The Human Eye 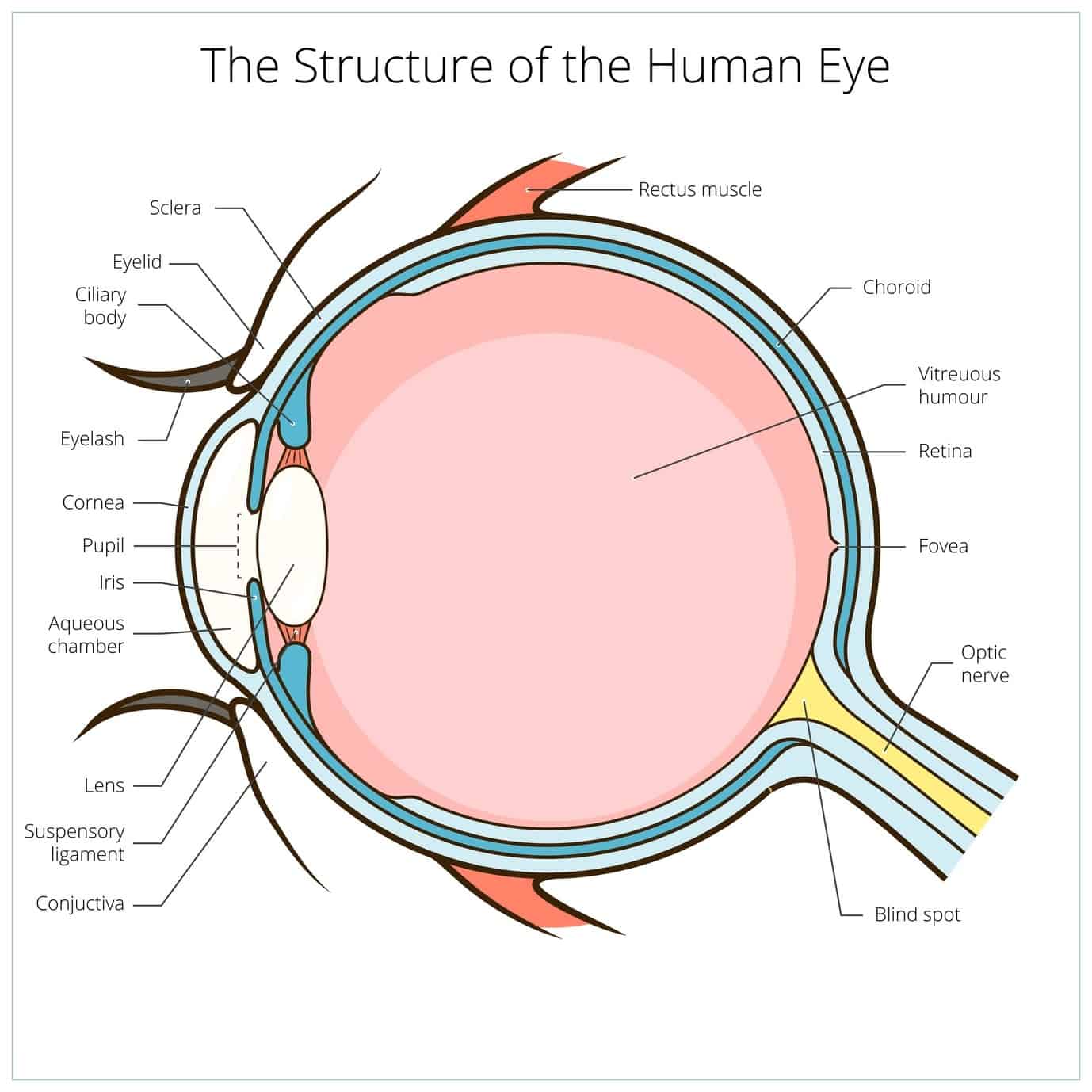 The human eye is made up of a number of soft tissues, including the cornea, sclera and retina. Eye gouges can work by poking or stabbing into these areas, which may cause bleeding in some cases, although it is improbable for eye-gouging to result in death.

However, as the eyes are fragile, you can cause significant pain and eye damage with a well-placed gouge. This can also result in blindness or permanent visual impairment.

Eye Gouging and Self Defence

Many martial arts such as JKD include eye gouges as they are an effective technique when fighting in close proximity with your opponent.

As we have discussed. The reason eye gouges are effective is due to the structure of the eye.

Eye gouges are a form of self-defence that relies on the sensitivity and vulnerability of the eyes to injury. To successfully carry out an eye gouge, it is essential to act quickly and with force.

However, this is actually not how most train eye gouges.

Many train them with fast jab 'flicks' rather than the brutal power and determination that is required to make them a success.

What Circumstances Would You Use Eye Gouges?

You might be reading this and thinking, "why would I use eye gouges?"

Well, there are a number of reasons you might want to use eye gouges in self-defence.

Eye gouging is an effective and quick move that would be used against someone who is close, where the attacker has little room to evade or counter-attack and when time constraints make it necessary for something big to happen quickly.

Situations might vary (we will discuss them shortly), but there are 4 core goals of eye-gouging.

Let's break down each one.

Distraction is the lowest physical goal of a gouge to the eye.

This is where that' flick; style finger jabs come into play. The aim of this type of technique is to cause a distraction.

Injury may or may not happen. If it does, it will be slight.

I'm not really a fan of this type of 'flicky' finger jabs or eye-gouging because if you are defending yourself, you might as well either jab them in the eyes with your fingers or your fist WITH force.

Other forms of destruction eye gouges can come in the form of getting the attackers to change their hold or grip on you.

Let's say you are in a headlock, and you manage to put your fingers by their eyes. You aren't gouging them, you don't have the angle to do so, but this causes them to grab your hand or change their grip.

However, this does lead to the next use. Escape.

Suppose you are being held or controlled by someone stronger or more skilled. The eyes are a great target and leveller.

For example, you could be kidnapped, have your hands tied up and still have the ability to launch an effective eye gouge attack.

Or you could be pinned down and about to be raped. A good eye gouge can cause your attacker to release their hold on you.

One of the other core reasons you might want to gouge an eye is to stop the attacker completely.

A good eye gouge can do this easily.

The trauma, pain and damage can stop an attacker in their tracks.

We have all seen those films where they stick their thumbs into the eyes of the other person and go 'knuckle deep'.

Well, I actually have no idea if this actually kills a person or not. I don't know. But I am going to say it's probably likely. Even if it's not due to the trauma itself but the resulting loss of blood or even heart attack due to the pain.

But in reality, if you aren't in the SAS, I can't see this being a goal for you.

With that being said, why would you consider using an 'eye gouge'?

For me personally, eye-gouging would be my last tool of defence. This is because fingers can be broken, bent, grabbed, and that happens when you try and gouge eyes.

But also, the level of threat has to match the response.

If some drunk tries to start a fight with me, causing them to be permanently blind is not going to wash in a court of law as self-defence.

But if a guy has attacked me with a knife, and I get a chance to gouge their eyes, yes, This makes sense.

Or perhaps I was being choked out or if you are being sexually assaulted. Eye gouging is something I would use when I need to injure the attacker seriously, or I was about to be injured.

I would also use them if I were seriously outgunned, outnumbered, or was being badly beaten.

In a nutshell, they are my 'break glass in case of emergency' technique.

How To Train Eye Gouges

There are a number of ways you can train eye gouges in order to make them more effective should you need to use them for self-defence purposes.

The most obvious way is to use something like a 'BOB' (Body Opponent Bag), which has plastic eyes.

You can ask a training partner to wear goggles.

You can hang a piece of people up from the ceiling (with a face drawn or printed on it).

And you can train them on punch bags or pads, with the use of adding some dots to the bag or pad.

What are some techniques involving Eye Gouging?

Some people might use their fingers or thumbs to poke at someone's eyeball, but there are other ways too: such as using your fist (balled up) or even an object like keys (or any pointy object).

However, there are 3 broad categories of eye gouge.

This is where you have hold of the attackers head to stop them from moving away and then gouge the eyes.

This method has the attackers had free to move away. This is how an attacker can avoid the eye gouge with ease.

You might use your keys, a pen or anything that can be used to cause trauma to someone's eyes.

Let's break each down:

When involved in a fight for your life, gouging someone's eyes is not as easy as it sounds.

This is where a good solid grip on the head with one or both hands makes life easier. And this is what anchoring actually is.

But, again, this is easier said than done. The head moves in all directions, and it isn't easy to get a good, solid grip on the head. So grabbing the ears is often the best grip you can get.

Yes, this isn't nice. But neither is being raped or brutally attacked. And you are going after their eyes because of the risk to you.

You can also anchor using the legs. So, if you are on the ground and wrap your legs around their waist (the guard), this is a version of anchoring too.

Free motion eye gouges are hard to pull off because the opponent (I use the word opponent because they are one, not because this is a sports situation) will use a built-in human response called 'startle reflex' or 'flinch reflex'.

This means they will close their eyes at speed, move their head, and their hands will come up to block the attack.

But if you don't have hold of them, it's a lot harder to launch an effective gouge attack.

Possibly the least discussed type of attack, but actually the most effective. A pen, a key, lipstick or anything can be gouged into the eye of your attacker and give you immediate results.

These are the main types of gouging. Let's look at how you actually do this to someone.

How To Eye Gouge

There are some easy ways of gouging someone's eyes.

The first thing to do is make sure you have a good hold on the person: this will help keep them in place and less likely to resist your attack. Once that grip has been established, bring their head close to yours and then thrust one or both thumbs straight into their eye sockets!

You could jab your fingers into their eyes either once or repeatedly. This can be done by holding your fingers straight and stiff.

You can clench your fist and place one of your knuckles further out.

And there are plenty of other inventive ways to do it.

But what is key is how you apply the pressure.

We discussed the 'jab'.

But the effectiveness of the eye gouge is all down to the pressure you apply.

You have to go 100% when you eye gouge to make them work. You want to have the right mental attitude.

If you are gouging eyes, it is 'you or them'.

Self-defence Use of Eye Gouges

In a law enforcement career that saw me investigate 100's of physical assaults, I never once saw a victim gouge eyes in defence.

And I never once saw an attacker use them either.

Does that mean that they aren't used?

I'm not sure that means that they aren't very good or don't work. It just means that I don't think they are the 'be-all and end-all.

They aren't. And what worries me is that people use them to make self-defence seem easier than it actually is.

Yes, I teach them.

Yes, I would use them if I needed to.

But they form a tiny part of my self-defence skill base.

Eye gouges can work, but you shouldn't base your entire self-defense training around them.

They are a great tool to have in your arsenal of defences, but it's important not to rely on one technique as the solution for every possible scenario. That said, train them, and don't dismiss them.

But don't think they are a magic ticket to self-defence success.