In this instructor focus we feature the legend Nick Hughes.

The CV and endorsements Nick has would blow anyone away.

And this focus is packed with solid information to help all martial arts instructors and students. 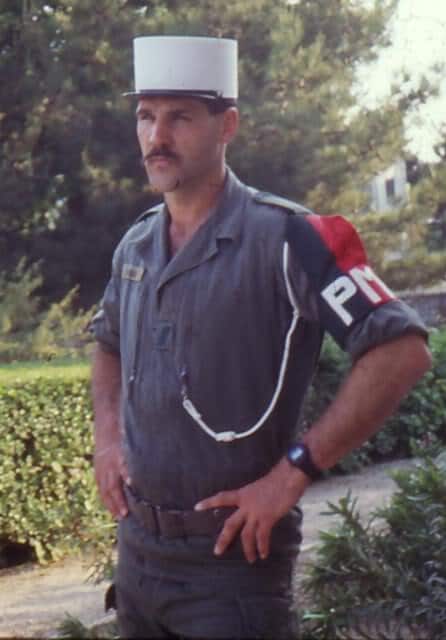 Do you want to share your Self-Defence and Martial Arts instructor story to the world?

If so click the button and fill in the details of the form and we'll be in touch.

Hello! Who are you and what Martial Art do you teach? 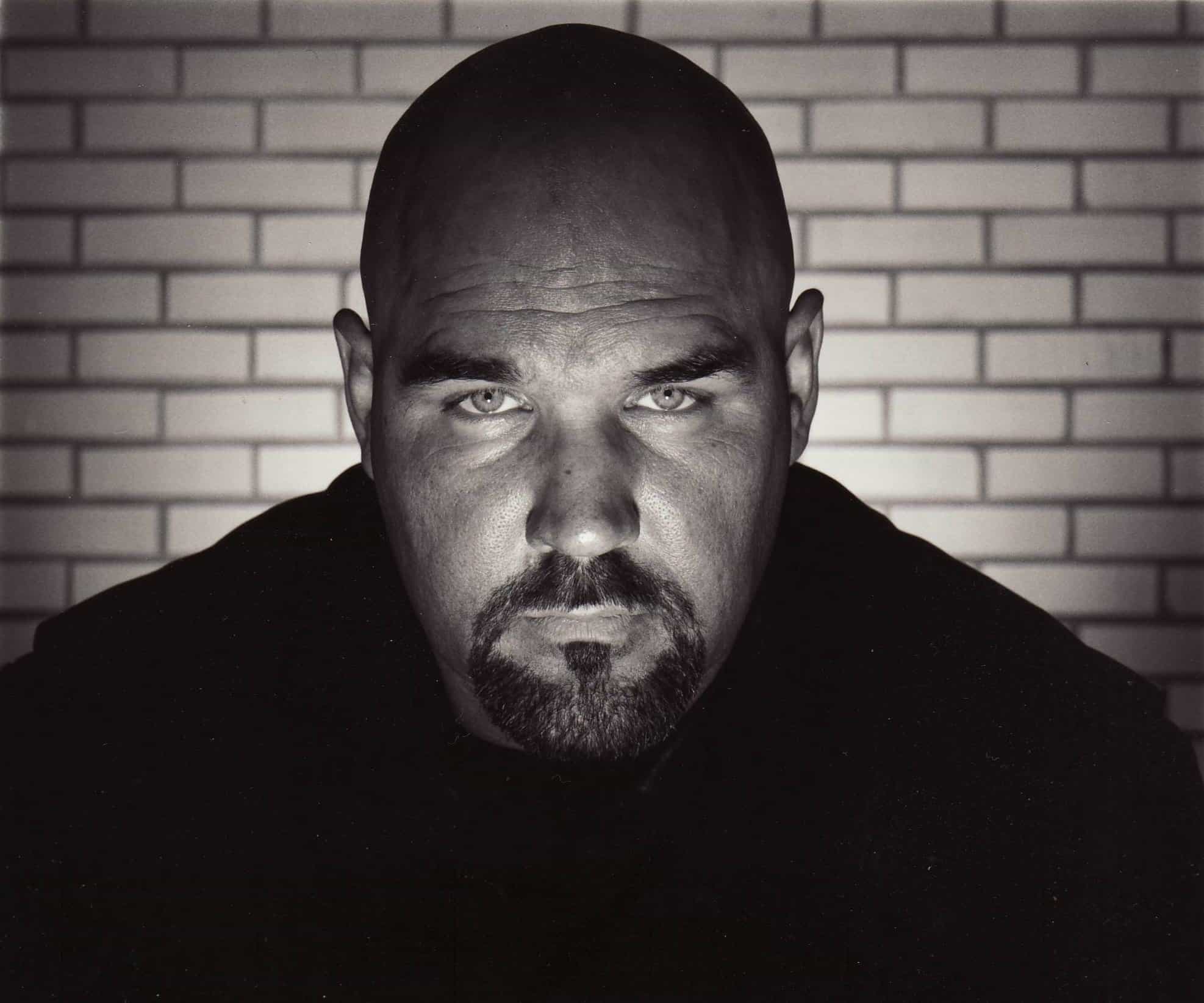 Nick Hughes, I currently teach my own spin on Krav Maga, but have taught karate and unarmed combat as well.

What's your backstory and how did you end up teaching Martial Arts? 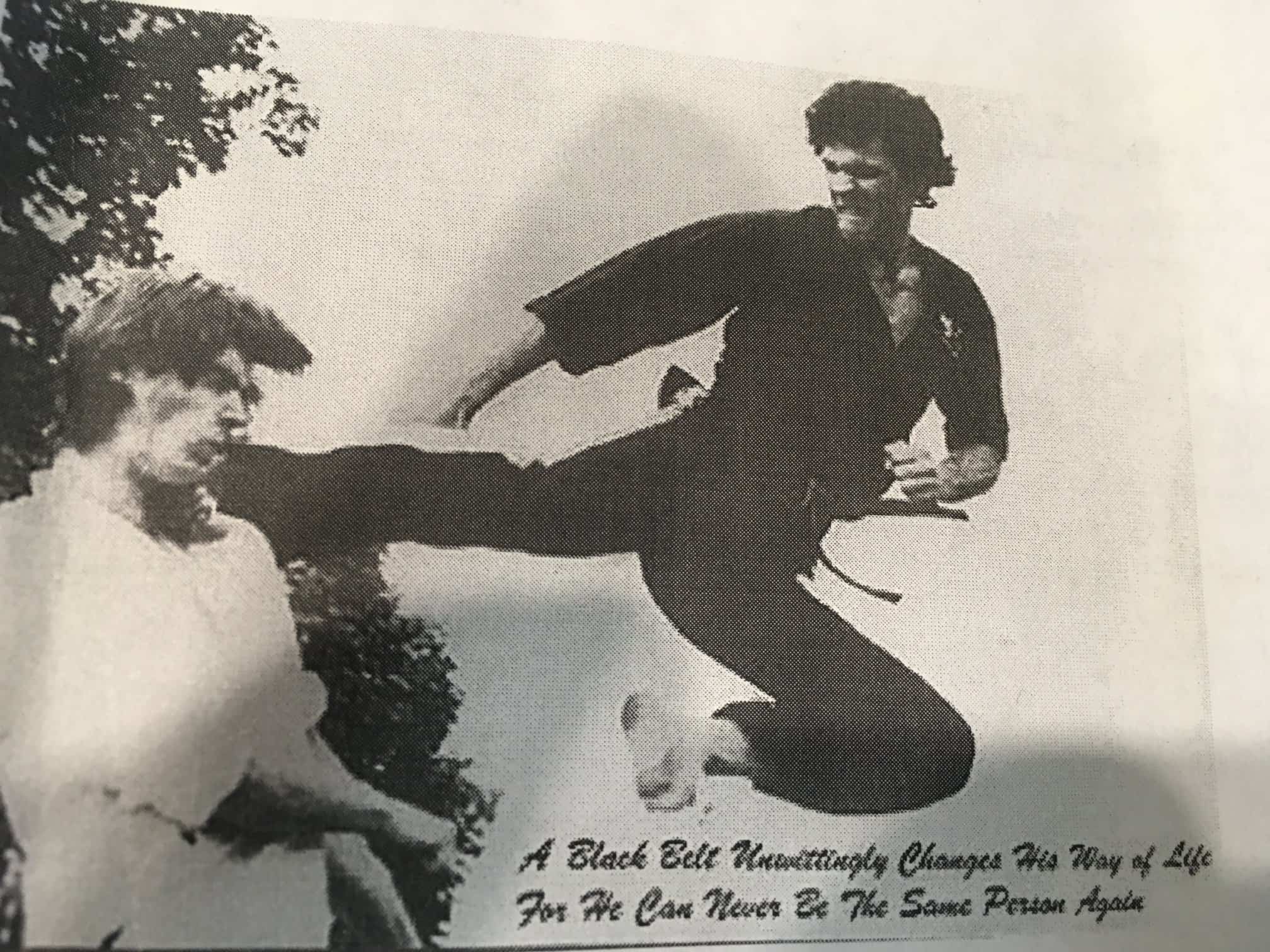 I missed out on a lot of team sports due to being hospitalized during grades one through three with osteomilitis. When I finally got the all clear for physical activity I tried Rugby for a while but so many years on my own sent me down another path.

My Uncle was slated to ship out to Vietnam and had started training in Tae Kwan Do (nothing like the stuff you see nowadays) and showed us some. Next, my brother, inspired by my Uncle's demo, bought a copy of Black Belt magazine. I started looking around school and found we had a Judo club which I promptly joined.

Even though I loved the Judo I absolutely tripped over the 30 min of ju-jutsu we'd do at the end. I became infatuated with martial arts. I drew pics in my books, scoured old bookstores, haunted libraries, trained every second I could and was totally obsessed to the point where my parents were thinking of engaging a shrink, Bruce Lee hit a little bit after this and my infatuation increased. Here was something I was good at. And here was something I had a head start on everyone else with.

My brother found a karate school run by a guy with a heavy reputation. That's because he was running a bouncer and security company using his black belts to man the doors, The purists hated it but his stuff was so damned effective, because, you learned a move in class then went and stood on door and got to try it out. I wasn't allowed to train in it but I'd go to my brother's house and we'd work out there and he'd sneak me to lessons when he could.

The school boxing wrestling clubs trained on our mats so I cross trained with those guys when I could. I sat through enter the dragon over 100 times (did I mention I was fanatical) devoured every book and copy of every magazine I could.

As martial arts began to take over the world I was like a sponge training with anyone and eveyrone. No girlfriends, no parties, no drinking, no drugs. Martial arts 24/7. At 16 my dream came true and I started working on club doors. A lot of the stuff I'd been shown in everything but the karate school didn't work so well without some mods. I also got lucky (or unlucky depending on your point of view) by working a strip club which meant large groups of guys attending their mate's stag parties and celebrating after work. Aussies like to scrap and these guys were no difference so six nights a week most of my fights were against multiple opponents.

As my reputation grew I began to get invited to parties. At first I thought it was because I was so charming and witty ..hah...it was free security against gate crashers. People would ask me to show them some things and it was the day one of my school mates sat a bully on his arse with a move I'd shown him that I knew I wanted to teach. I've been doing it in some way shape or form since.

Tell us about your Martial Art, what it is and why it's great?

I teach what I call "Warriors Krav Maga" I'd looked at Krav when it first came out but there was a lot that I wouldn't have been happy teaching someone. There knife and gun defenses aren't that great and, the main player here in the States, hadn't modified what he was doing for a civilian market.

They were teaching how to pull grenades out of people's hands for fuck sake. Nobody has used one of those here to mug anyone that I'm aware of so why? I went with a mate who'd broken away from them and eventually went my own way because he still had a little too much of their crap in his sylabus.

This enabled me to take the best of everything I'd learned in 21 countries and all the arts and compile them into one system. I'm not bound by teaching an art form someone is trying to preserve so we can adapt quickly with regards to what we teach and when.

As an example here we do a lot of gun disarming. If I was still in the UK my focus would be on knives. I also incorporated two missing elements I see in almost every system claiming to teach self defense and that is understanding the legal ramifications of what you're learning (we live in the most litigious country in the world) and soft skills.

Those came about due to my time as a bodyguard. When I went through that training I was struck by how much was about avoidance and awareness and not shooting your way out of shit. I wondered, why has nobody incorporated this in self defesne.

Why does it always start with some guy strangling you or coming at you with a knife? The issue must have started some time before it and how can we get ahead of it. Bodyguarding was all about that. Why weren't we?

Describe the process of launching your school

Well, I've launched many. In Australia it was pretty easy. We had a name and reputation so all you had to do was find a hall to rent, do a demo at the local supermarket on Sat morning, hand out some flyers and you could do alright. Remember, this was the heyday of martial arts. I remember hearing some of my instructors saying they would be heavy handed on students to make room for the new ones trying to join. LOL Now you have to work at it. England was probably the hardest place to teach.

Nobody had heard of me or the organization so I literally had to start from scratch. Trying to sign someone up on monthly dues didn't work either. Everyone wanted to pay per class. I''d never heard of such a thing. By the time I arrived in the US in 94 it wasn't so hard. I'd devoured a bunch of marketing and sales books for my other business.

I also had begun developing a reputation. I taught some cops, did some bouncing and all of a sudden was featured as one of the ten biggest bad asses in the city.

I began teaching Karate again which I love. Still wasn't making more than pocket money but after 911 everyone wanted to learn self defense but didn't want traditional so I began teaching Foreign Legion unarmed combat.

I never got serious as a business though because it was always just a side gig. As long as I had enough to cover my nut it gave me an outlet and training partners. Finally I shut my other businesses down and went full time.

I tripled my prices, devoured more stuff on marketing and refused to teach kids. (the only school in fifty states that doesn't I'd guess) It all came down to realizing "It's not about being the best but being the best known."

I can now make a full time living out of teaching which is nice.

Since launch, what has worked to attract and retain students?

Word of mouth has always been the biggest and best in my opinion but I use roadside signs. facebook ads. and referrals. Retention is trickier.

We work hard on building a tribe and not a club where you turn up, train and go home. We do shit as a group outside of classes. Hiking, animal safaris, mini golf, movie trips, dinners, cook outs, etc.

That helps a lot. Also calling students who haven't been at class for a while to ask them what's up helps.

The other big reason people quit is a feeling of a lack of progress so I made progress cards that people get checked off every night at class. Now they have a visual reference as to how far they're moving along. That's been a game changer for us.

How are you doing today and what does the future look like?

Okay. Obviously Covid put a HUGE dent in proceedings but we made it through. I actually had students continuing to pay even thought they weren't coming to class because they wanted to keep us open. That was very humbling, The future looks good especially if this pandemic would go away. We're finally putting our curriculum online so people who don't live close enough to make classes can learn. That's going to help I think.

Through starting the business, have you learned anything particularly helpful or advantageous?

Get software to track everything, read a book called Profit First, get progress cards, build a family not a business.

Through starting Martial Art, how has it helped your life? 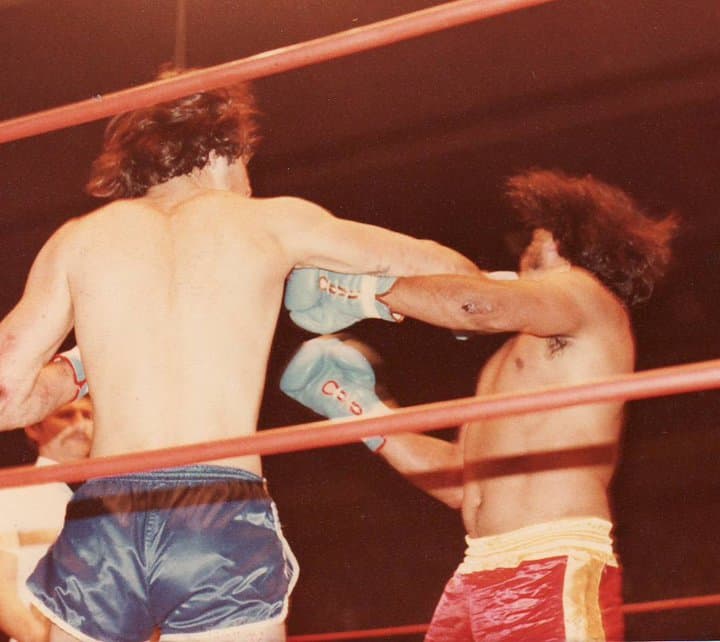 I've been in fights that I wouldn't have survived had it not been for training. It gave me the fortitude to get through the Legion and it's made me a living.

What platform/tools do you use for your business?

What have been the most influential books, podcasts, or other resources?

Profit First (never made serious money till I got this book), motivational speakers like Jim Rohn.

Where can we go to learn more about your school?

What Martial Arts instructors would you like to thank for their instruction or inspiration?

Thanks Nick. A legend and this focus was full of great advice.

Do you want to share your Self-Defence and Martial Arts instructor story to the world?

If so click the button and fill in the details of the form and we'll be in touch.