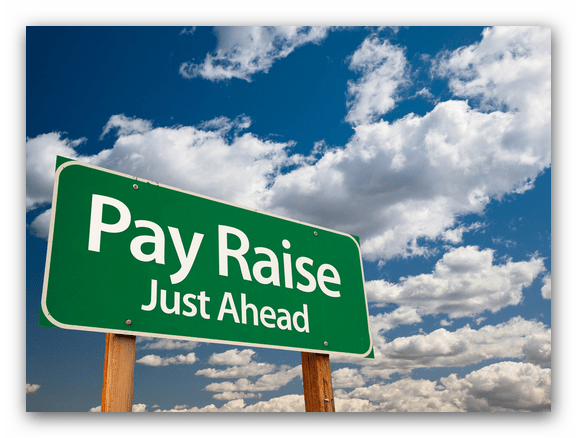 Last week I wrote about why Martial Arts should cost £90 per month. To say the response from that article was good would be an understatement. You can read that article here.

In less than 2 days about 2000 people read the article and it had just under 500 Facebook shares. It created debate on line and some agreed and some people didnt, that’s life.

As I always do I like to take a look at comments people make and I have to say it was pretty much a 50/50 split. We have on one side of the ring the group of instructors who believe martial arts should be taught for the love of the art, and in the opposite corner of the ring we have the group that feels that they deserve more pay for their skills.

Why Being Paid is Important

The issue that many people have around charging more money for martial arts is all about failure. You see so many people simply said that people wouldn’t pay £90 per month for 2 sessions a week. Some said that people couldn’t afford that much and all their students would go elsewhere.

Its interesting that so many people feel that they just arent worth the extra money. Almost everyone in that group took the incredible decision to tell others what they should be able to afford. Now if you stop and think about this, the instructors somehow managed to look at their students bank accounts and based on some form of chi power they could tell the income and outgoings of each of their students and decided on a fair price.

Now if I sound a little shocked it is because for an instructor to actually be this judgemental about their students requires a person to hold very little value on their skills. So I decided to break this down even further.

£90 per month for 2 Sessions per week

That gives 8 to 10 sessions per month

Now we really are getting down to business here. The ultimate question you need to ask yourself is this:

Now I think you all know the answer to this one. Given that you have trained for years, spent thousands on travel, seminars and much much more, is that knowledge worth £11 of another persons money.

If we compare just what you can get for £11 we shall see how we look:

So I think we can pretty much see that £11 is not too much to ask for an hour or even 90 minutes of martial arts training.

Being paid is important because if you dont get paid your message and the martial arts themselves will die out. You just cant continue to absorb the rising costs of fuel, increased rent and the daily costs of living and not increase your fees.

However there is the additional impact about self worth. Well recall last time that I said that a kebab cost me £6! Are you worth the cost of a kebab or more? Is it martial arts with a side salad or are the martial arts a profession worth respecting?

I heard a lot of excuses from my last article on cash. But here are the best:

“I cant afford that much”

“Shift workers wouldn’t pay that much”

As you can see this is all about choice. No one is saying that a person has to pay £90 per month, they can easily pay £55 and train just once per week. If they want to train more then it costs, I personally would struggle to get to a club more than once a week anyway, a lot of people would so give them the flexibility.

I hear the complaint about children all the time. In have 2 kids myself and would not be able to afford £180 per month for them to go twice a week. The simple answer to this is to make a compromise. Siblings train for just £5 extra per month.

This is just one idea but you then have £95 coming in per month from 2 students on the mat. I think that’s an amazing deal when you are providing the children with fun, entertainment, fitness and the skills to deal with bullying.

The times are tough argument has some merit. Yes times are tough and that means choices. Do you go to the football match or do you learn martial arts? Do you have 5 pints each week or just 3? Do you have the movie package on sky TV or just the basic package? That’s called Choice and you cannot effect that. Everyone of us can choose what they want out of life.

Shift workers- Yeah I get this too, so make a deal, let them train for £70 per month or less. Its totally up to you.

The point is that martial arts training is not a majority activity. People come to martial arts because they want to do something really different. Being a martial artist says something about yourself, it tells people that you are not the run of mill sportsman.

When you get knocked down 9 times you get up 10.

When you take a hard hit, you keep moving forward.

When you don’t get your grading you try again, and again until you deserve it.

Martial arts is all about a journey and a transformation. A student isnt buying martial arts lessons, they are buying change! They will change like no other sport can achieve and everyone they know will notice that change.

I want people in the martial arts to be happy. I want martial arts dojos to open up on the high street. I want you to enjoy a lifestyle that allows you to spend more time with your family and less time worrying about money.

I wont lie, I dont teach. I stopped teaching a while ago but that doesn’t stop me from using my blog as a platform to create change within the martial arts community.

To do this I want your support. I want you to support each other and give yourself a pay rise. This pay rise doesnt have to be the figures I suggest, instead I suggest just a few pounds or dollars.

If you charge £5 per class charge £6, If you charge £40 per month try and charge £45 and if you are really brave then go and charge more. Now with the extra money go and buy yourself some leaflets that you can deliver, buy your long suffering wife or partner some flowers or take them for a night out and even buy some new kit for you gym!

Its about time you all got a pay rise!