The 5 Best Judo Throws ever seen in MMA! 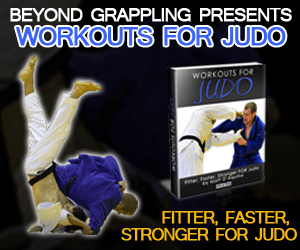 Click Here to Learn the Workout Secrets of a Judo Olympian

The Best Judo Throws ever seen in MMA.

Judo has a bad rep when it comes to MMA. It always seems to play second fiddle to BJJ when it comers to the martial art that people want to train in to increase their ability in self defence and MMA. However Judo has been a major part of MMA for years and its athletes have enjoyed good levels of success in MMA.

Did you know that Judo players have:

Now as if this wasn’t enough I have put together  5 videos below that show case the true power of Judo in MMA!

This is my favourite video – Sweeeet!

and if you liked this check out www.judokafighter.com for amazing free Judo videos

The Gifs used in this article are created from footage freely available from YouTube and other social video sites. No copyright infringement against any organisation or individuals is intended. The gifs are simply used to demonstrate the skills of Judo players in MMA competition. Please contact the site if there are any issues regarding this material. Thanks